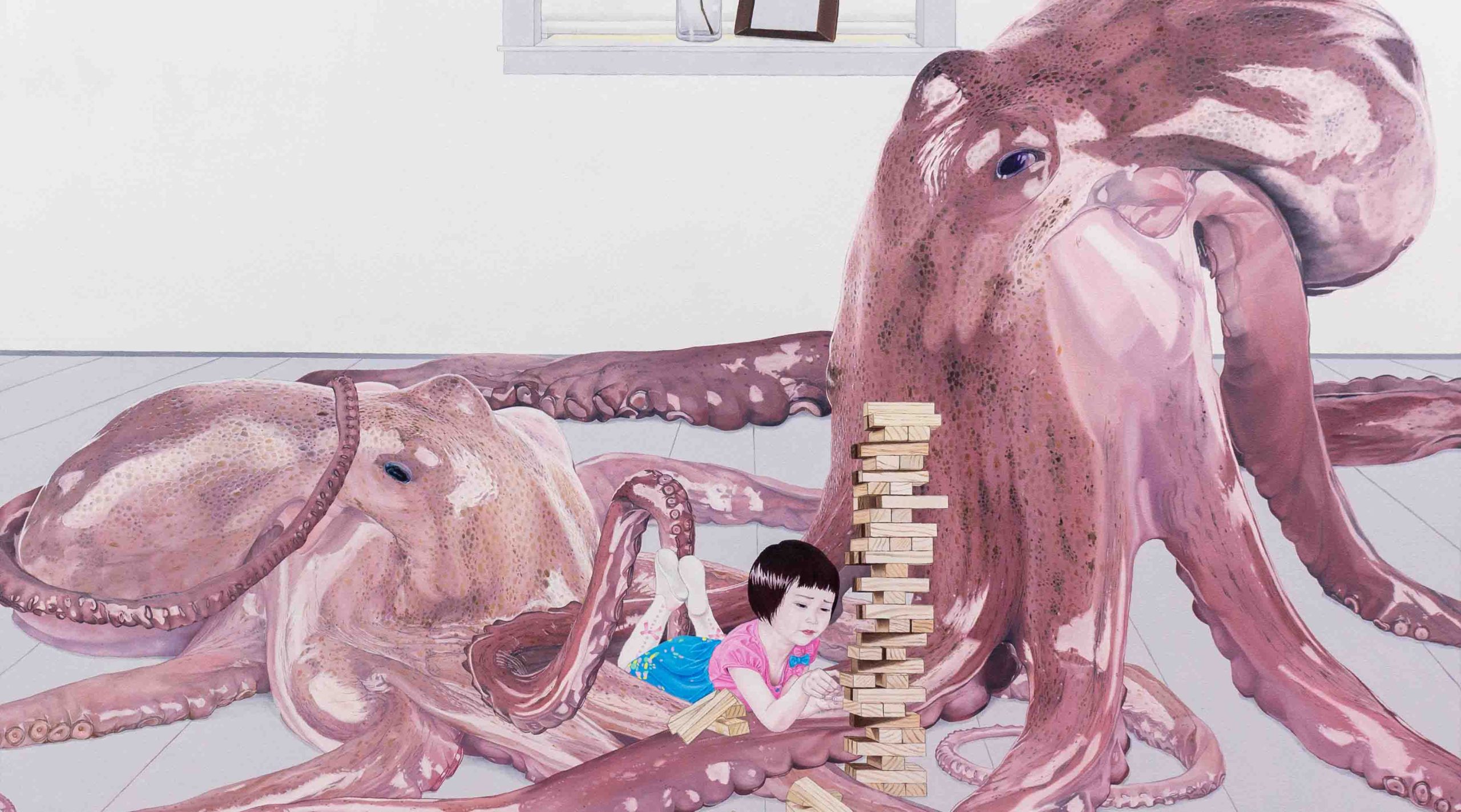 My work focuses on psychedelic dreamscapes generated from the disorientation between physiological space and physical space, specifically through children’s eyes and bodies. I inject my paintings with autobiographical narratives through the use of anthropomorphic animals, fractured bodies, and other signifiers in undefined spaces. These juxtapositions represent the discordance caused by isolation and disconnection. As mental cognition separates itself from physical cognition (social reality), it creates a system of logic in an alternate reality that the brain would rather accept and receive as the truth. This disconnection is depicted as the consequence of escapism from the real world caused by mental illness, existential crisis, personality disorders, and trauma, thus inducing confrontation and antagonism between outer and inner space, which also resulted in the dehumanization of ego. The surreal quality of the imagery raises the question of what is real, what is unreal, and into which side do we choose to immerse ourselves. My paintings explore how microcosms of accumulated causes aggregate into unpredictable and dramatic consequences within macrocosms. 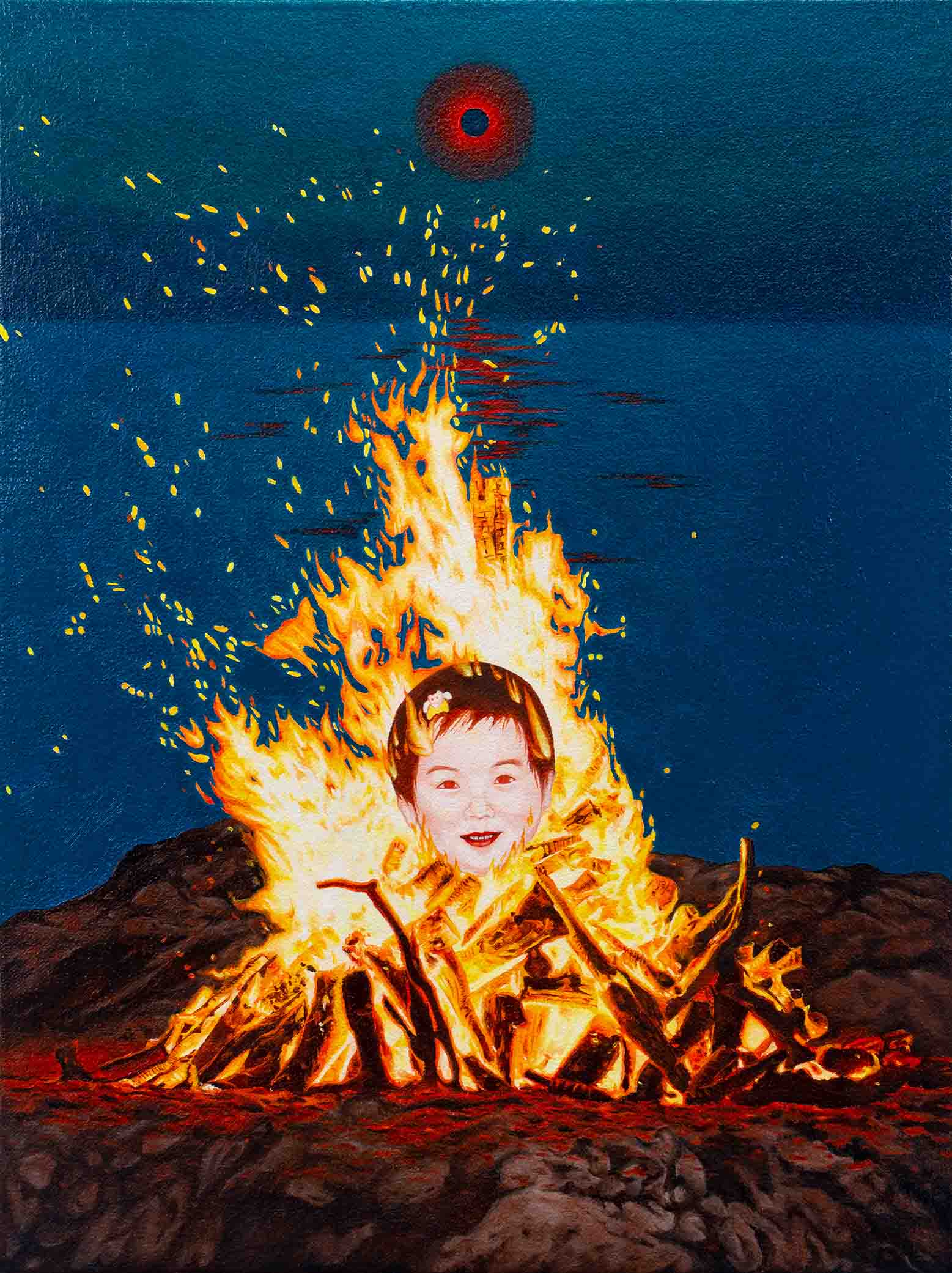 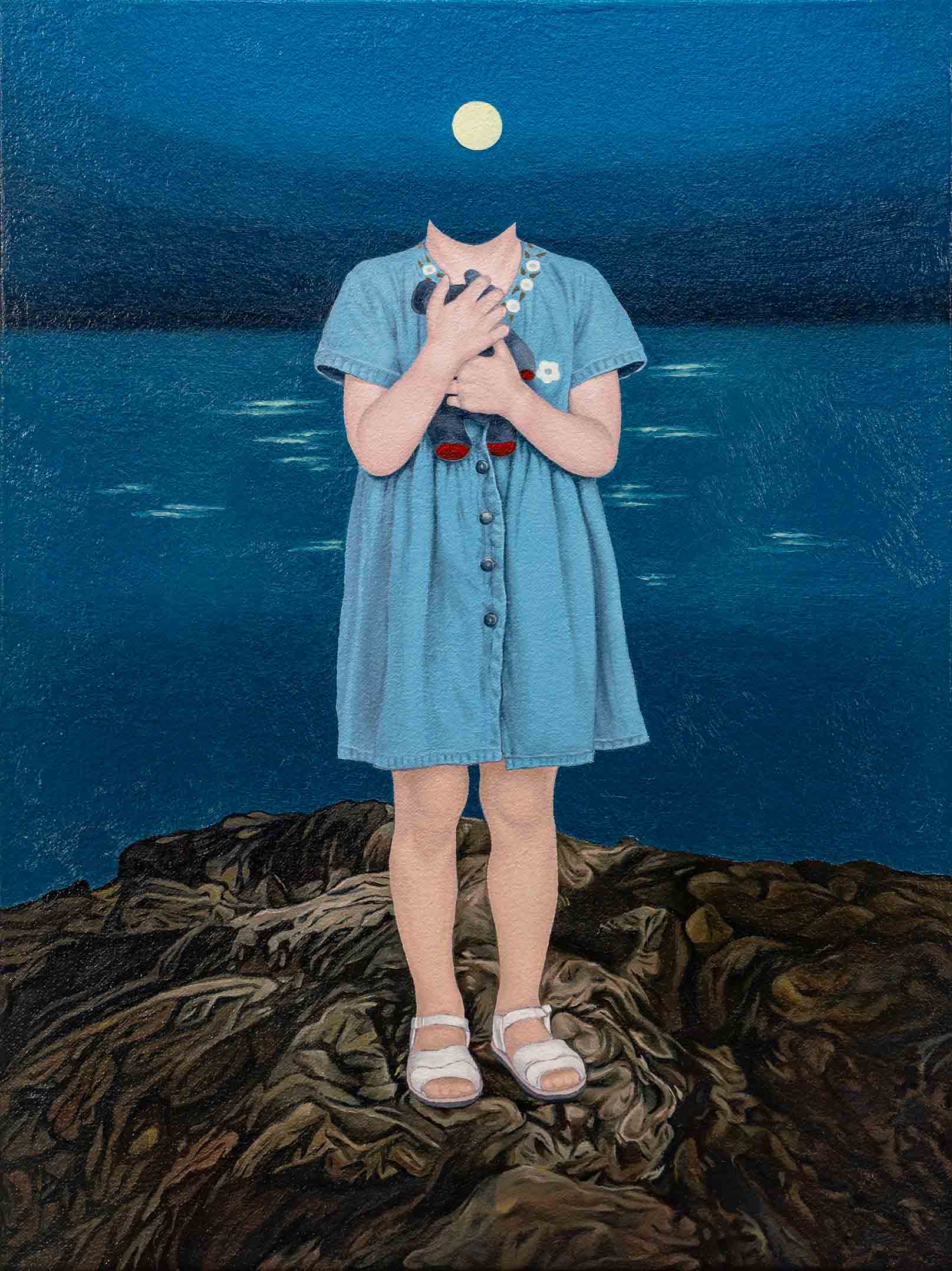 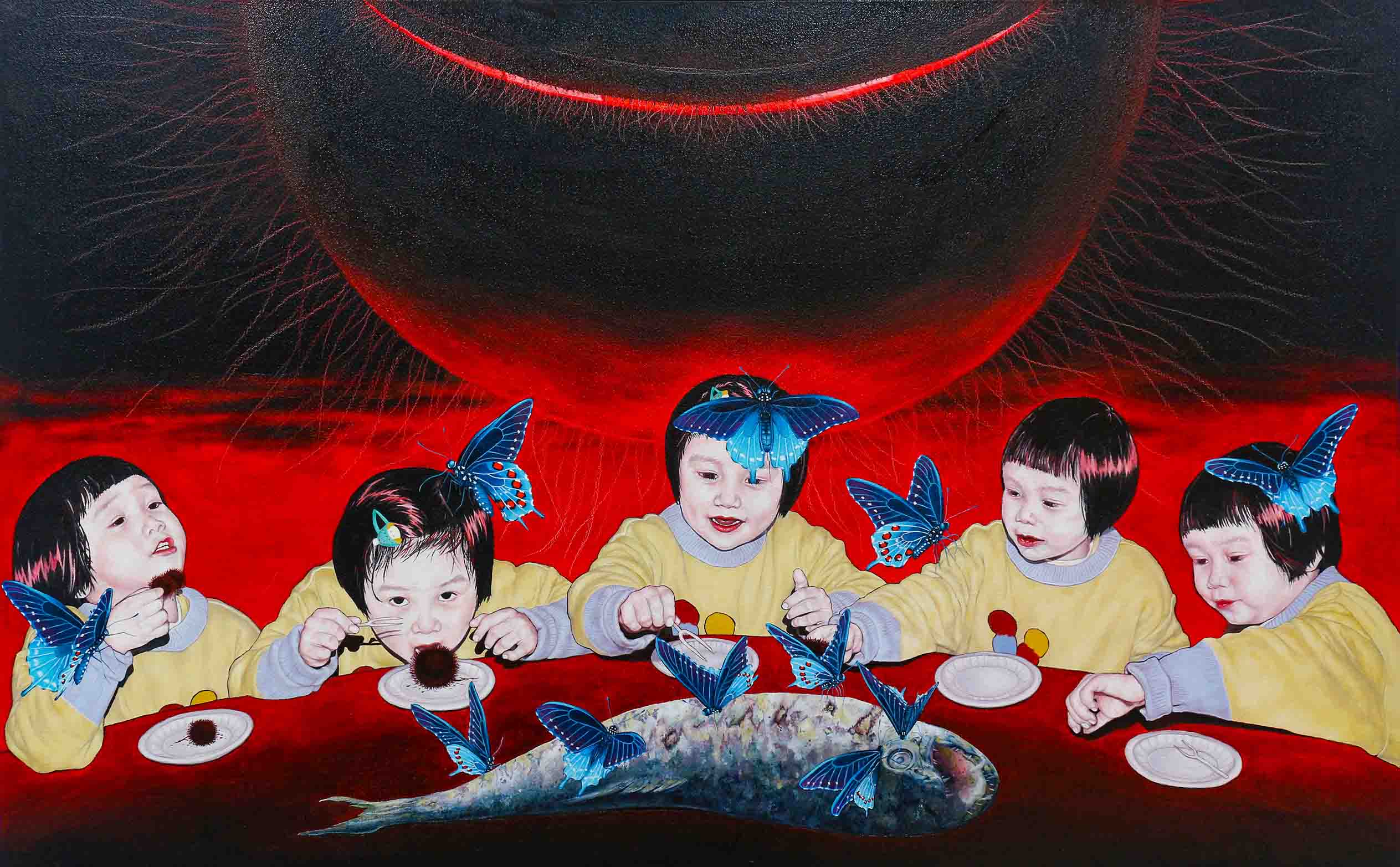 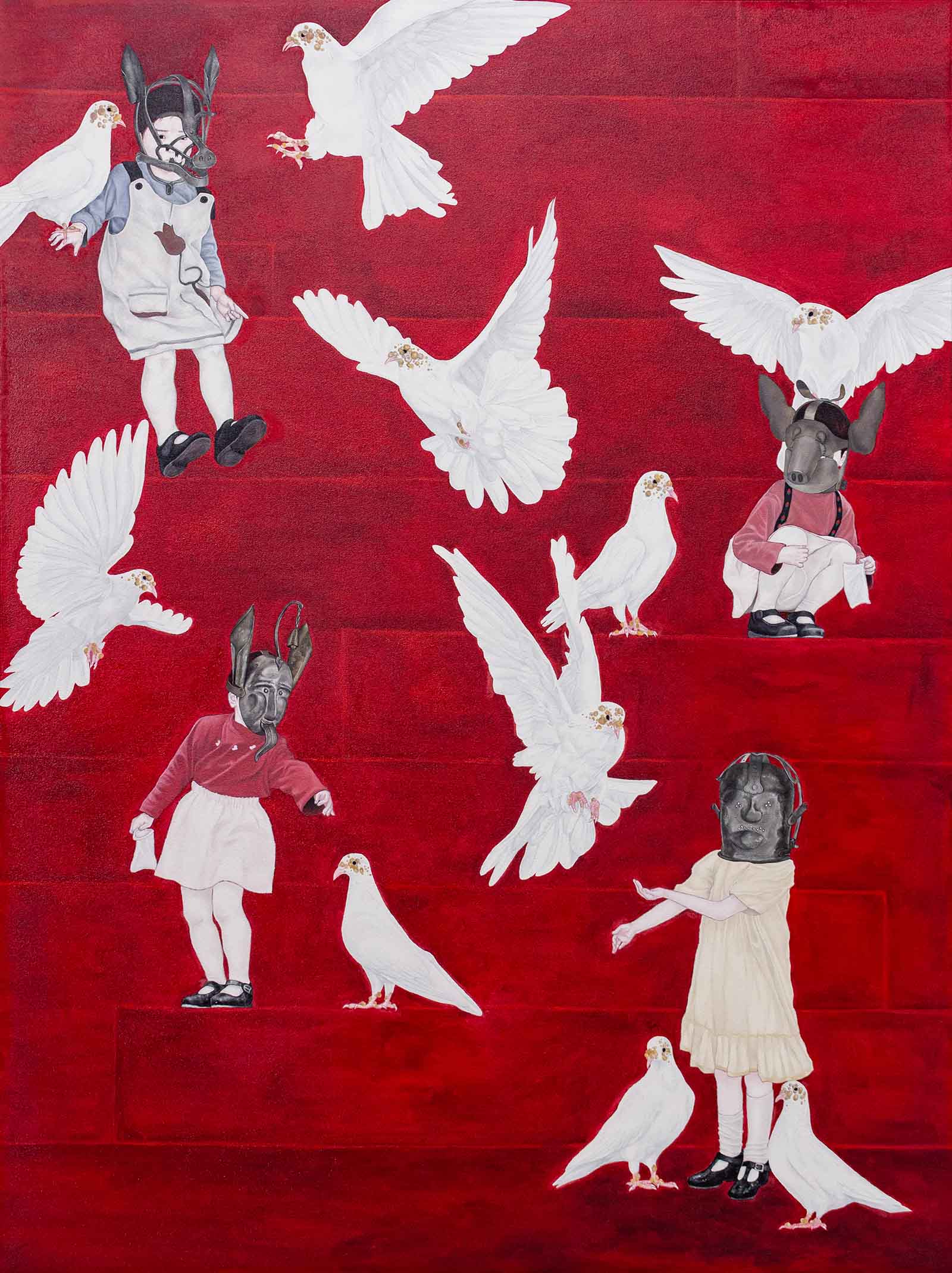 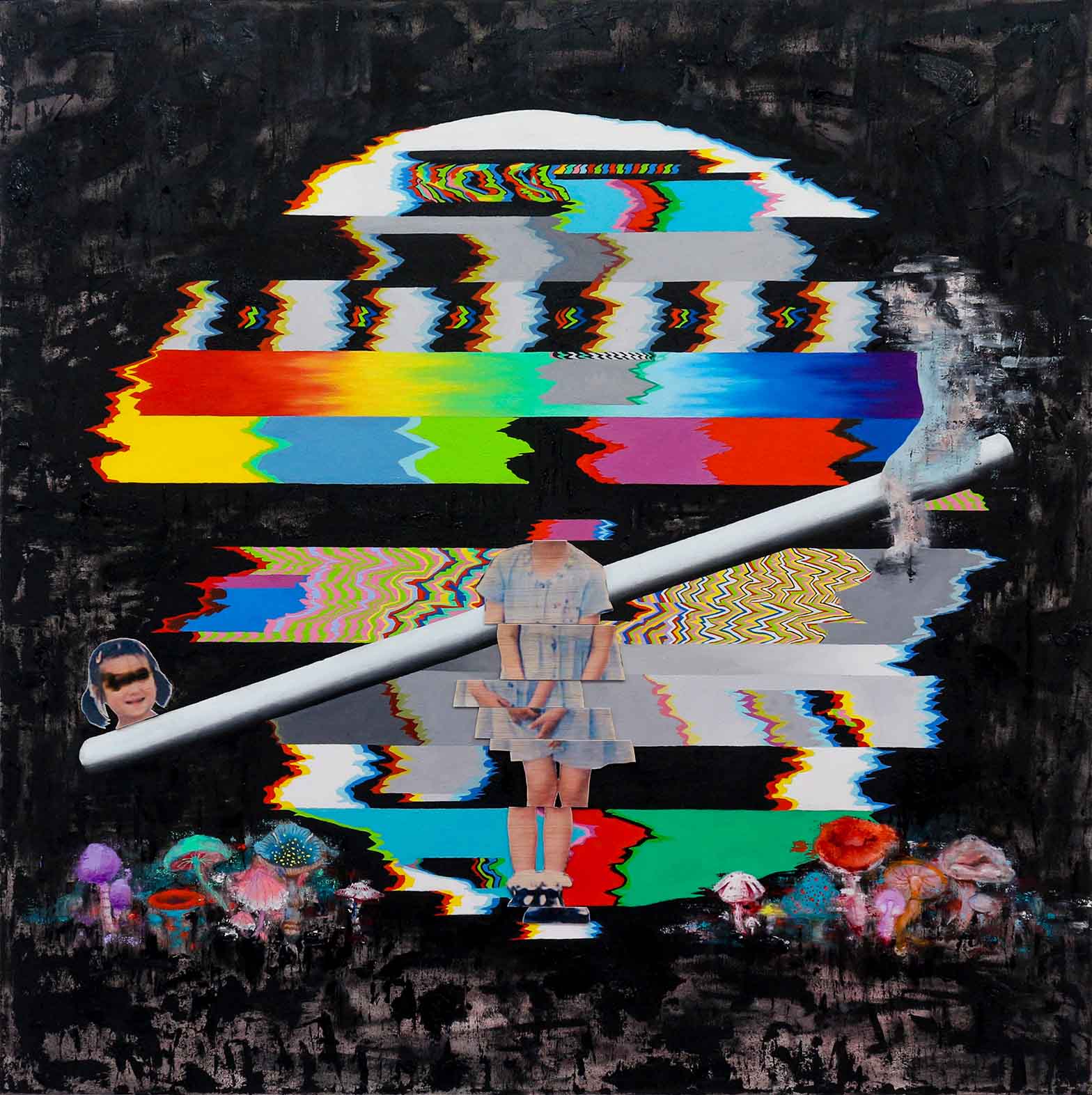 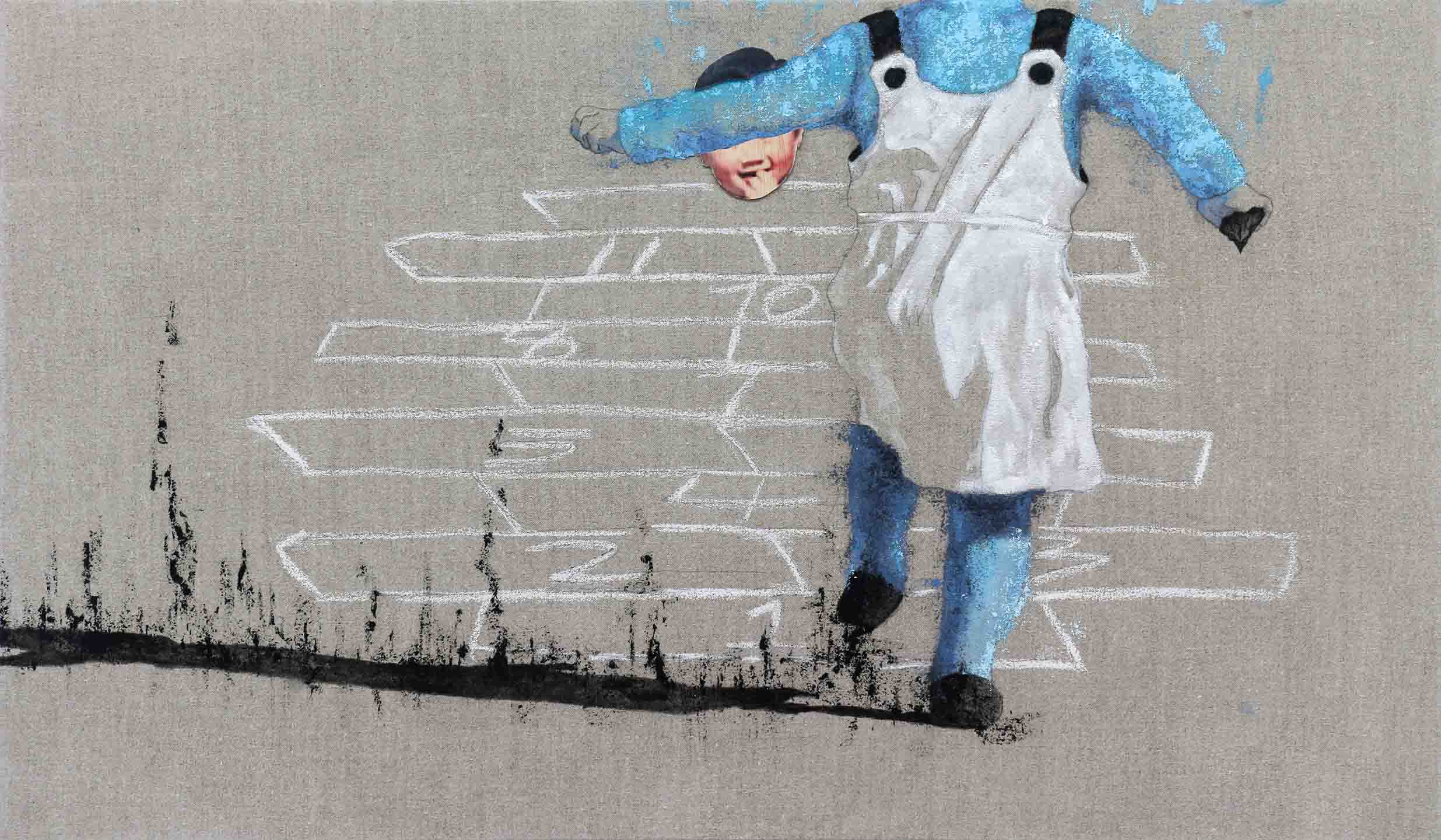