Rebecca Daryl Smith’s practice spans scale and media as she examines the energetic line, magnetism, and “the inexorable logic of women (John Steinbeck).” Using textiles as her viewfinder, she investigates chaos, tension, and states of “becoming” by abstracting traditional craft and experimenting with memory holding materials including cloth, porcelain, brass, paper, and language.

Through material and spatial actions and relations, Smith explores moments of transformation, transference, intimacy, and the matrixial. Her work obeys, defies, conflates, and layers the grid, craft process, language, and syntax to consider the mythic power and fallacy of the absolute and the intricacies and complexities of the world we inhabit.

Smith researches and engages with textiles and craft not just as objects and materials, but also as charged, resonant, omnipresent beings: continuously impacted/impacting, altered/altering, transformed/transforming, confirmed/confirming, responding and reacting. She considers material and conceptual characteristics of textiles through relatedly sensitive materials charged with rich histories of hierarchies, function, ubiquity, reverence, fragility, and strength. Materials, objects, and spaces echo and entangle in their alchemic, contradictory, transitory, mystic, and record-holding properties.

As she shifts between traditional and non-traditional methodologies, she investigates the collapse and resilience of structure, endured action, allegory, and mythic thinking.

I am for you what you want me to be, installation, size variable, basket reed, Cinderblock, steel, brass, porcelain, cloth, transparency paper, Photo: Sarah Thomas 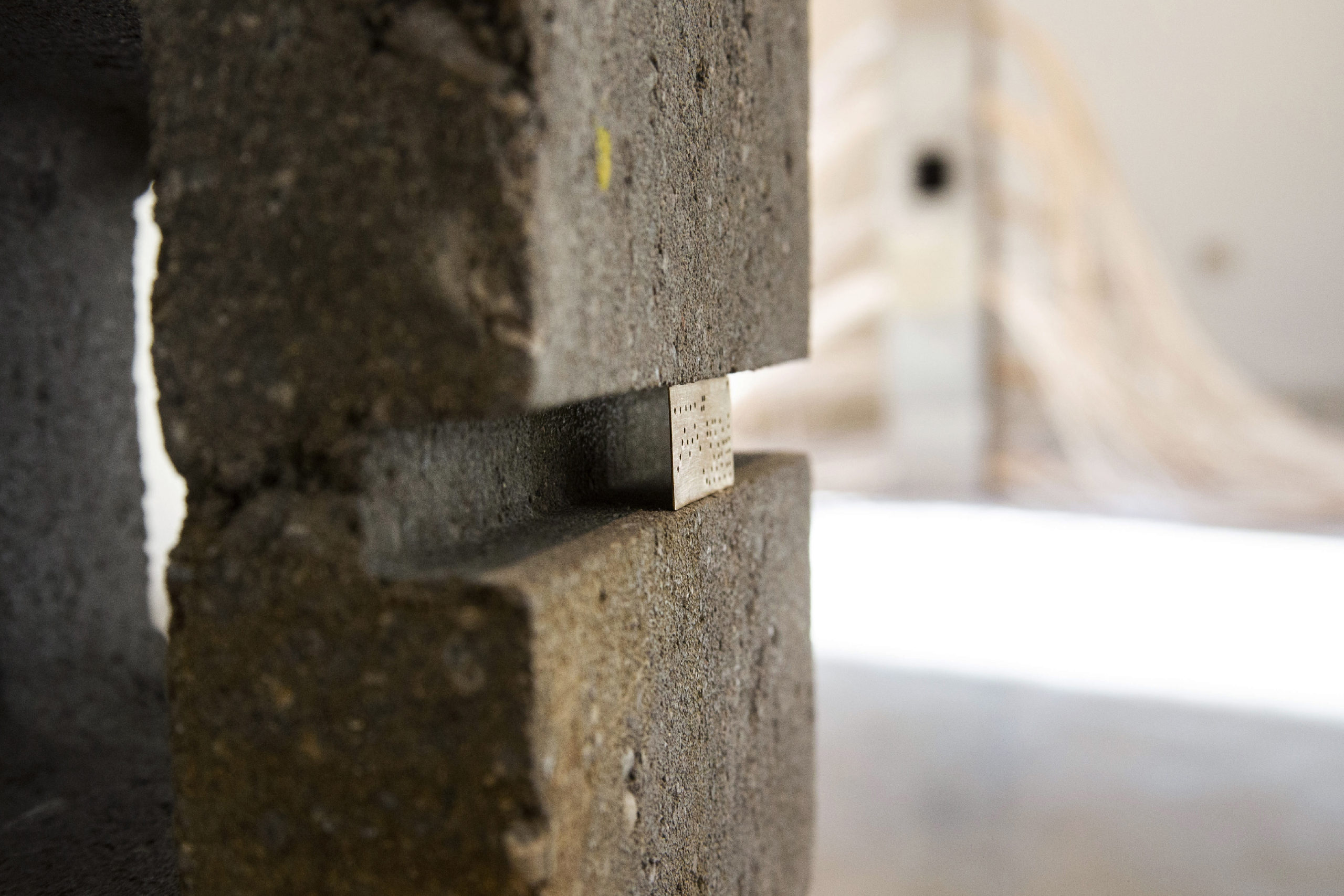 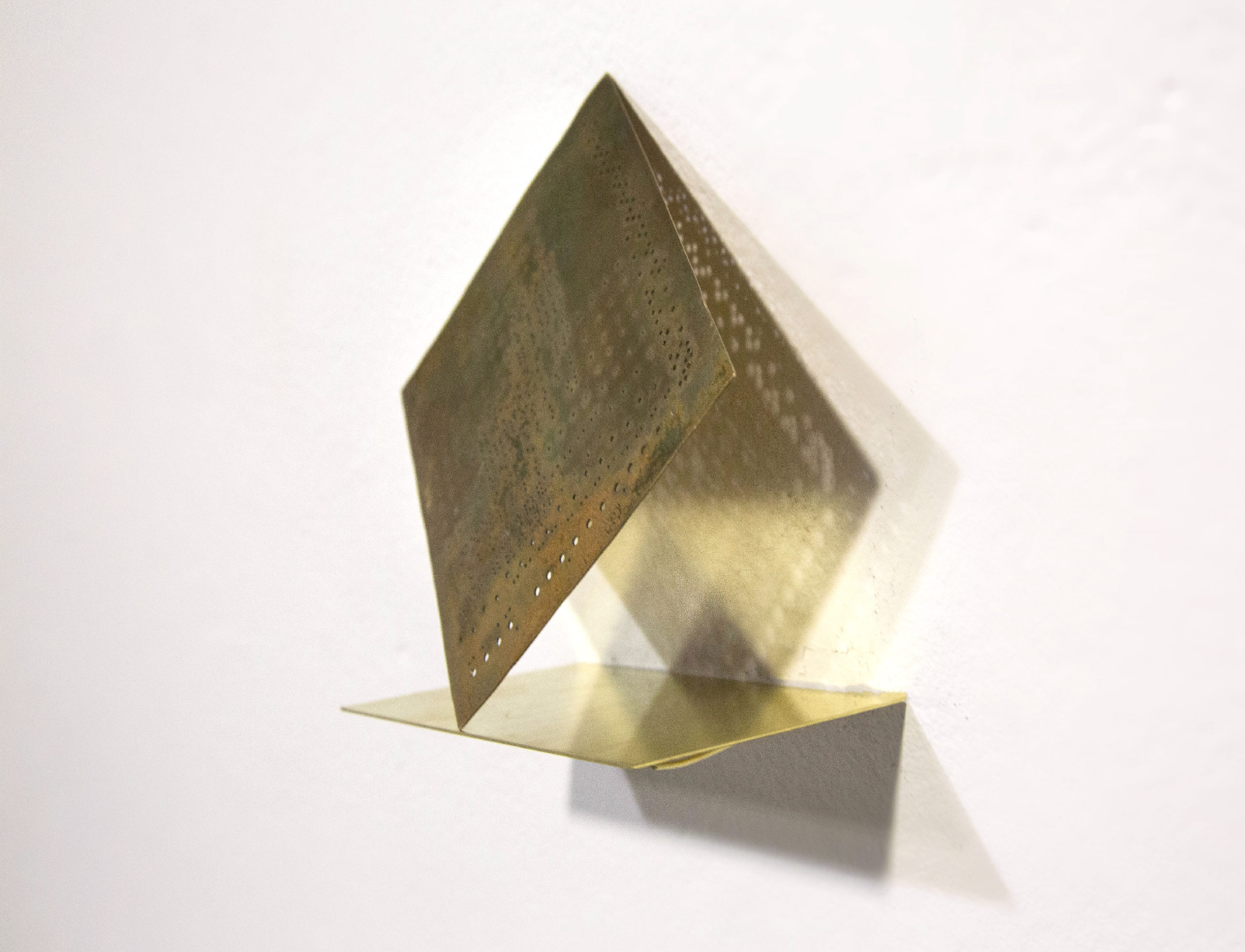 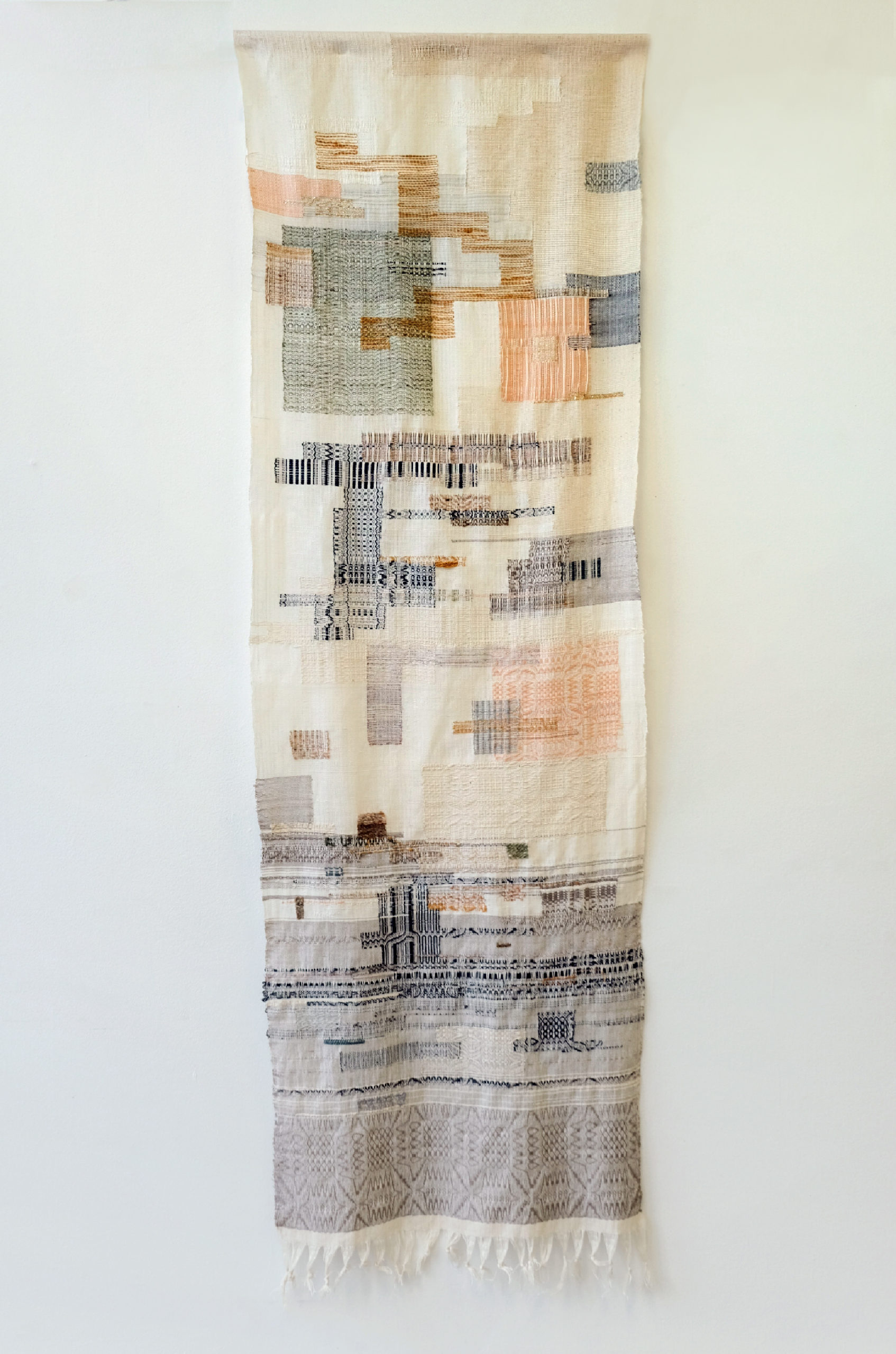 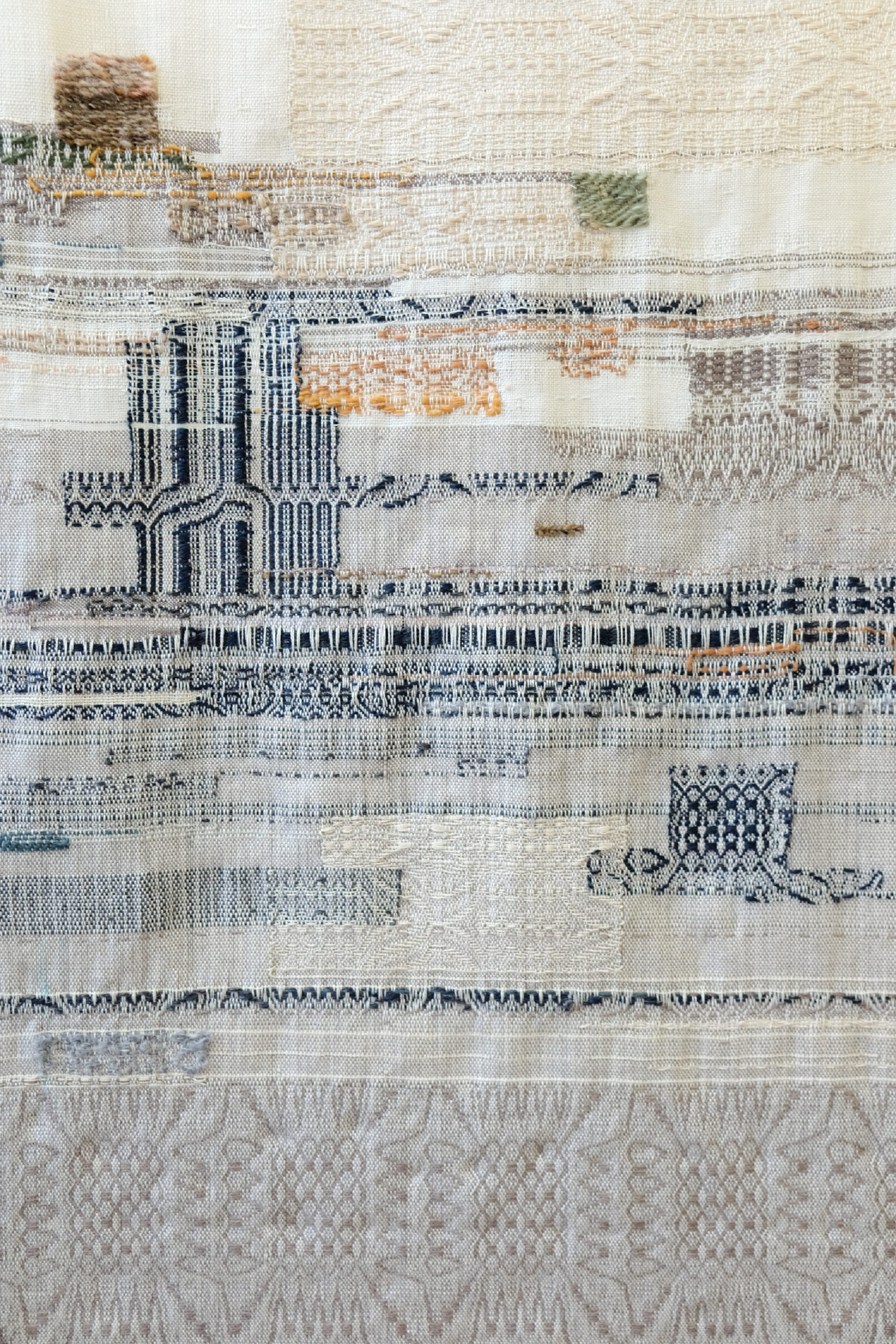 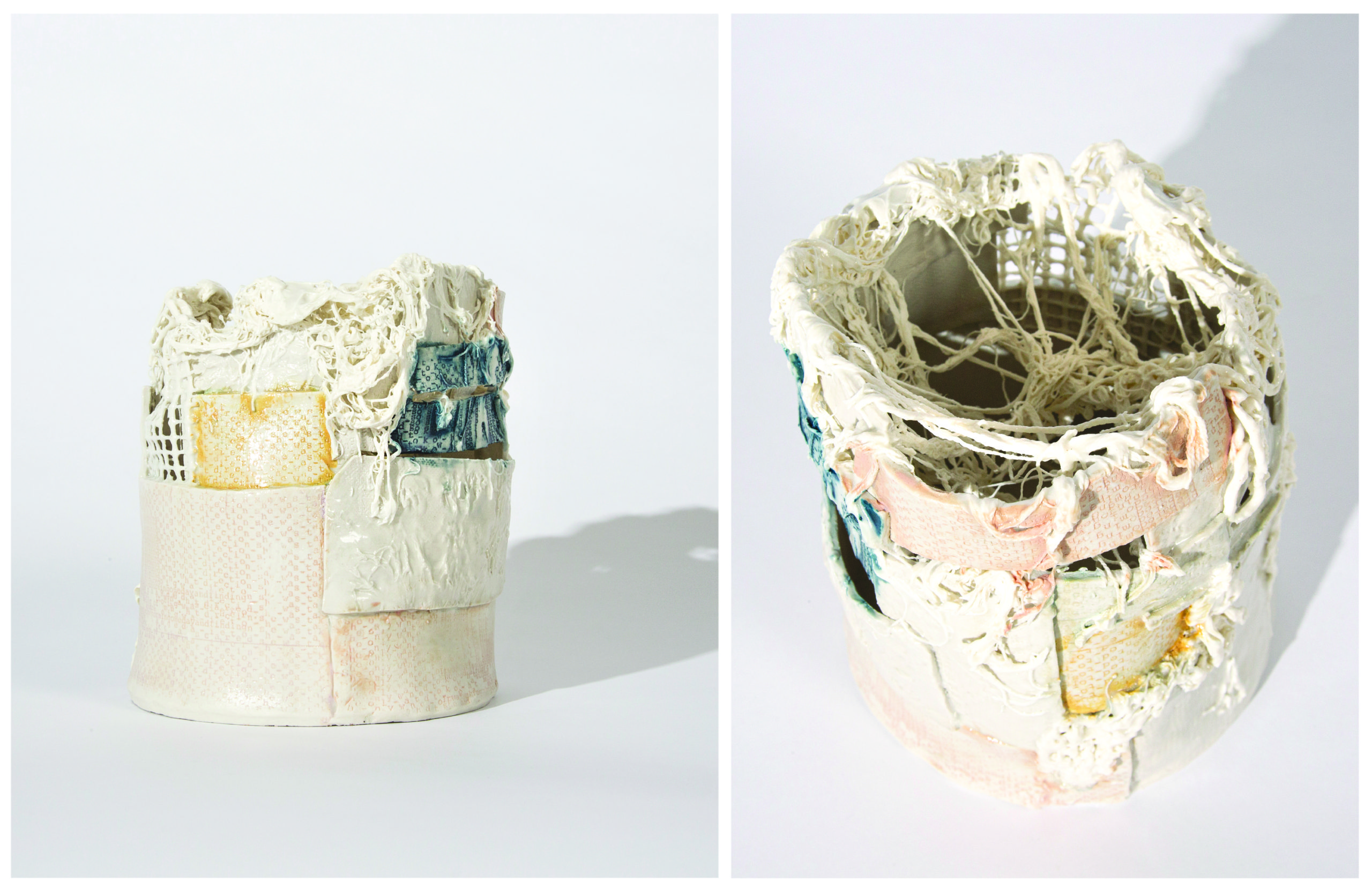 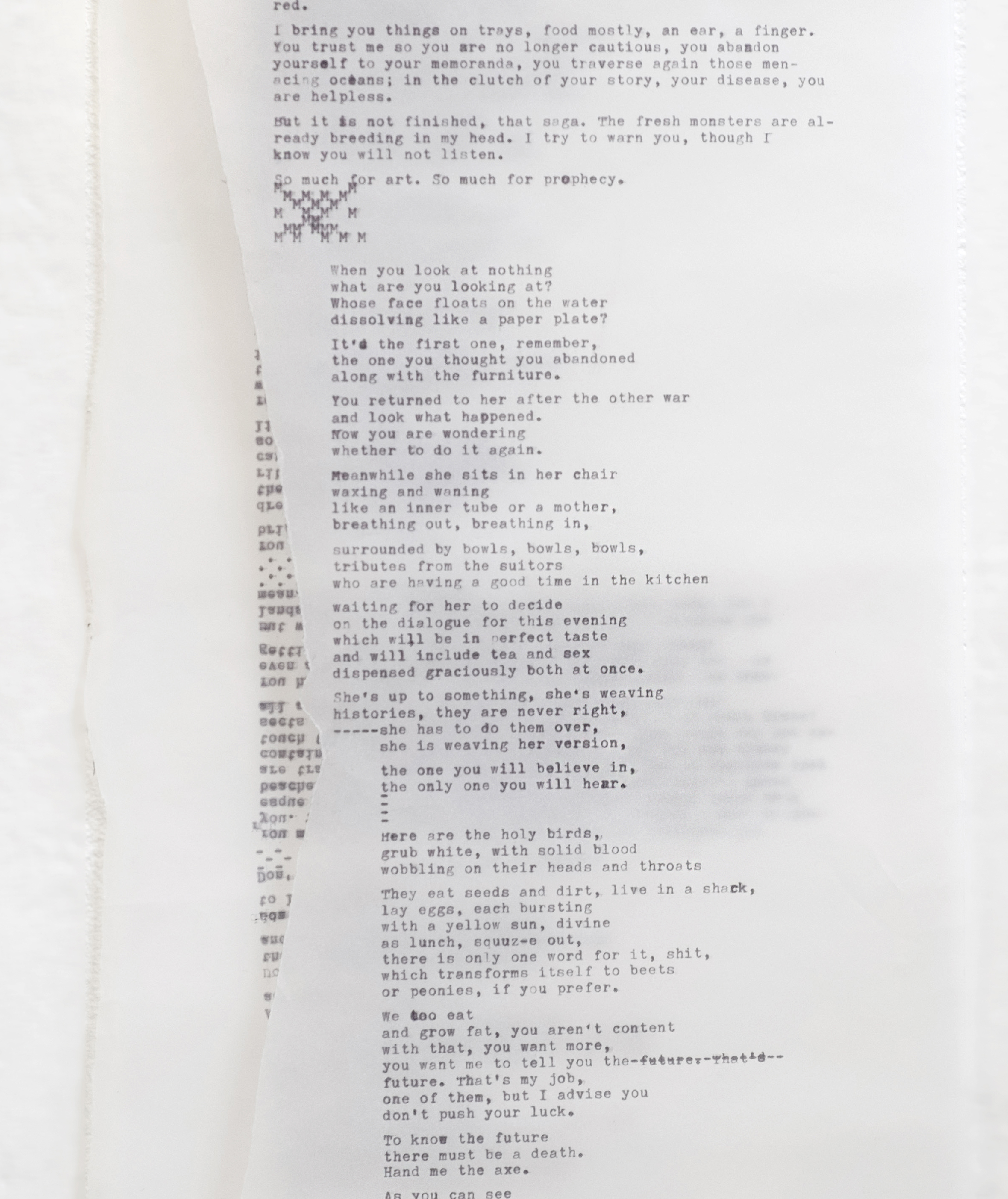 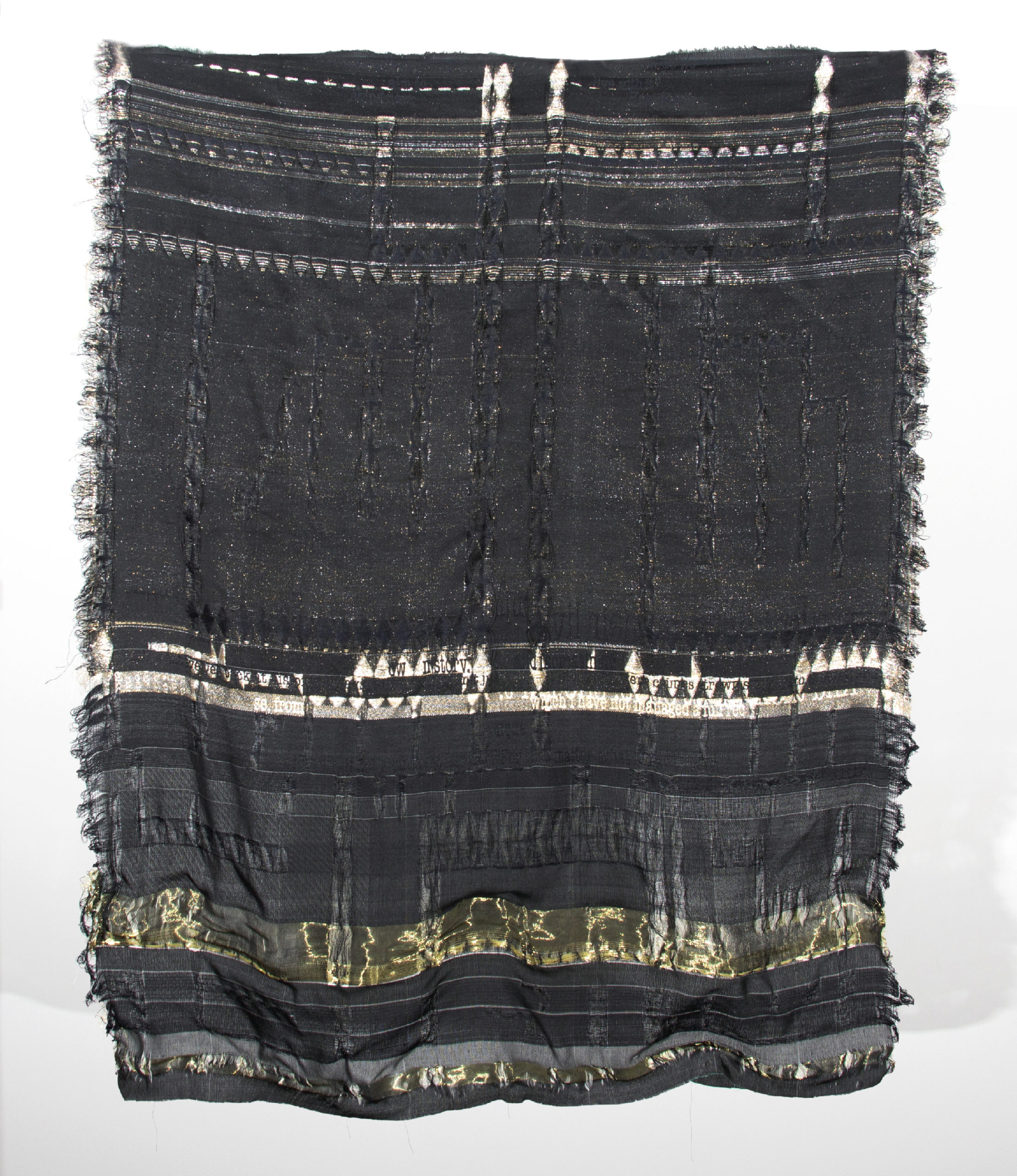