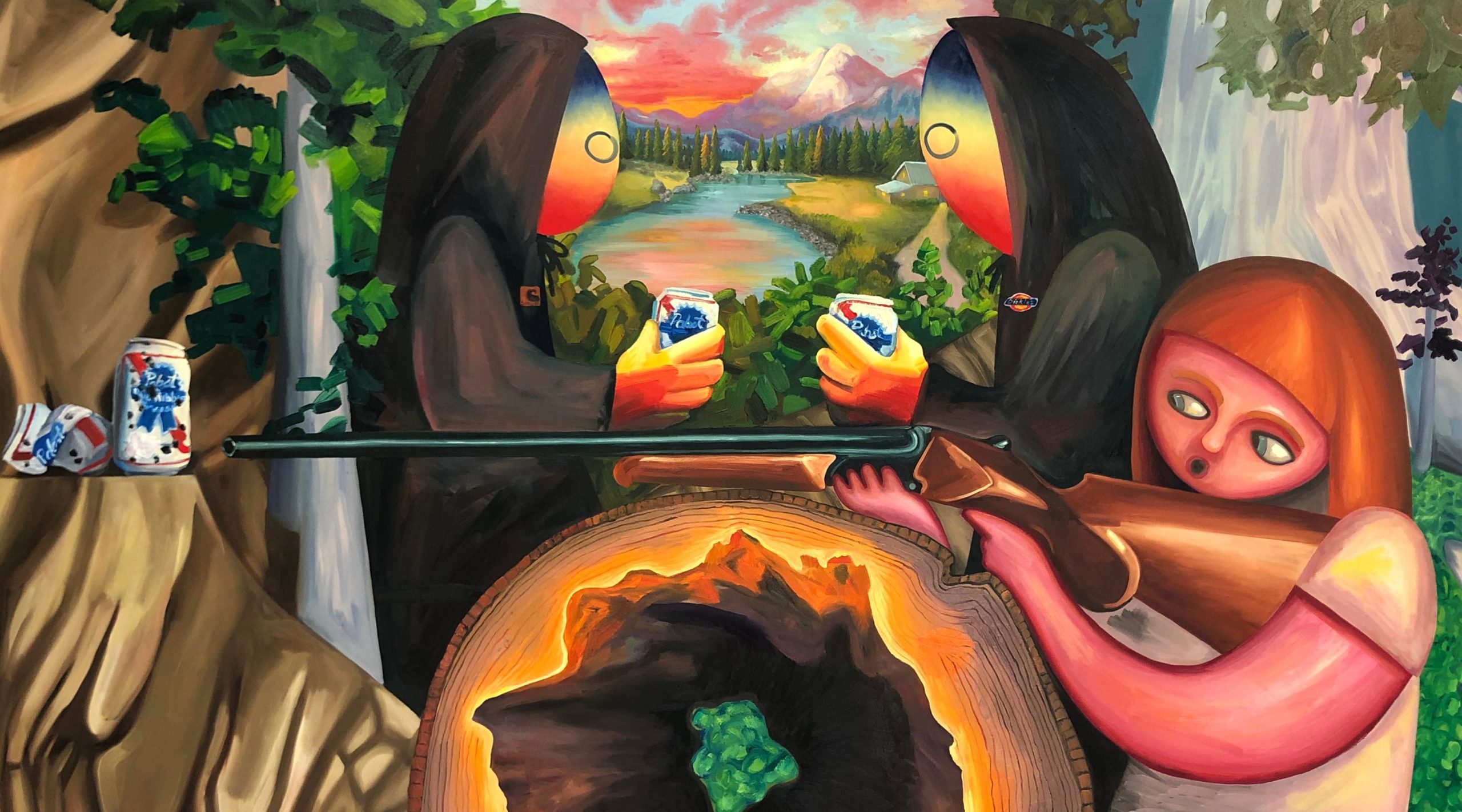 Natalie Wadlington is a painter originally from Modesto, California. She received her BFA from California State University, Stanislaus, in 2017, and received her MFA in Painting from Cranbrook Academy of Art in May of 2020. She was a resident fellow at Ox-Bow School of Art and Artist Residency in 2019, has had her work featured in publications such as New American Paintings and has shown her work both virtually and physically throughout the country. Most recently, she was nominated for the Mercedes-Benz Emerging Artist Award. Her practice consists of paintings based on story-telling and figuration. She sees them as specific metaphors that communicate larger, archetypal narratives of love, conflict, and misunderstanding, specifically in our relationship to animals. In the paintings, characters come together in symbolic scenes that mirror our own complex struggles for mutual understanding.

Through collaging different painting styles and histories, she represents the fraught and fractured power-struggle between characters in the stories. Hierarchies in the narratives are leveled so that the actors in the painted scenes are simultaneously narrator, protagonist, and antagonist. Through the stories’ multiple reads and interpretations, moral agency can be granted to or taken away from both the human and animal. The paintings are scenes of anthropocentric slippage which question the nature of our relationship to the environment and those outside ourselves. 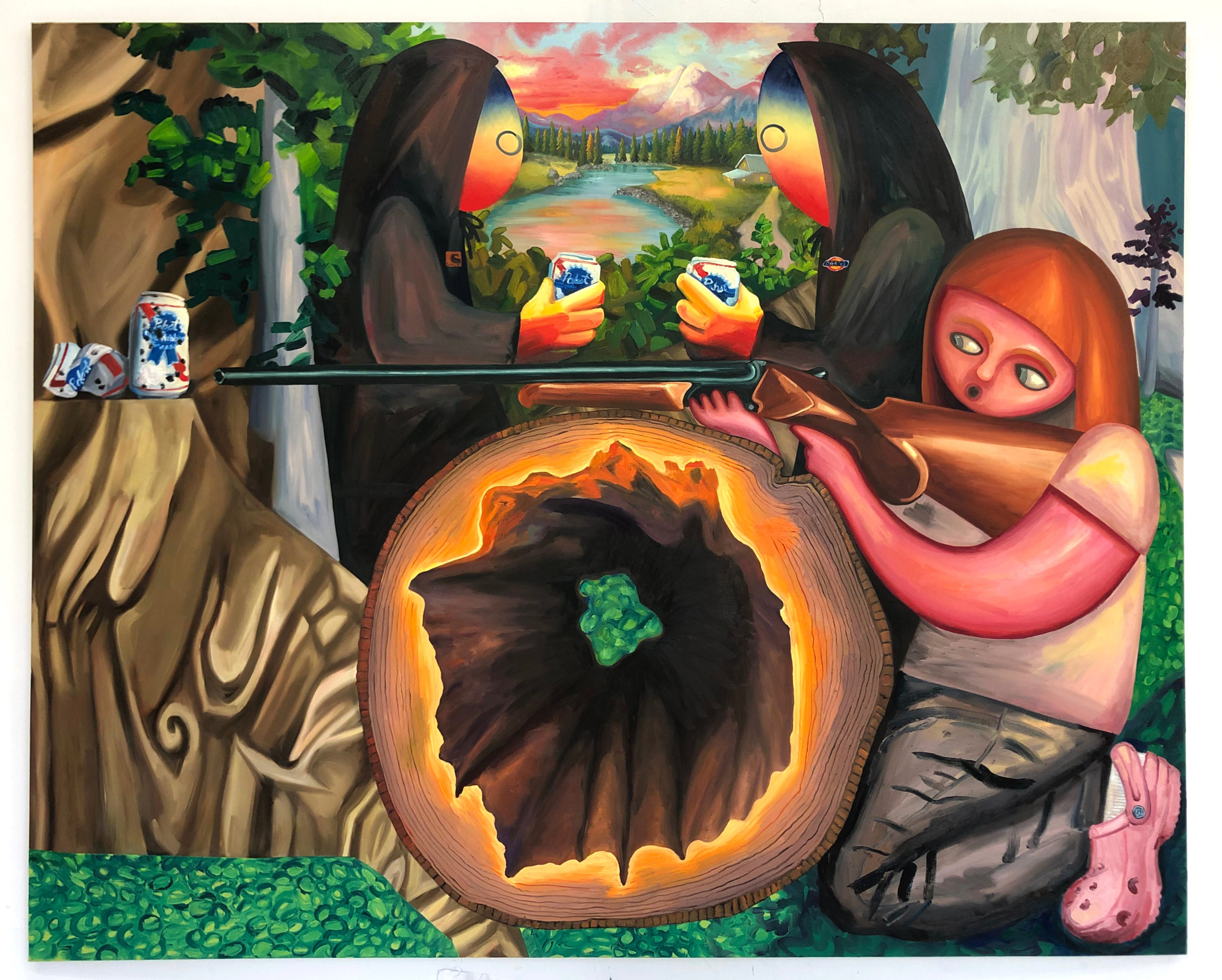 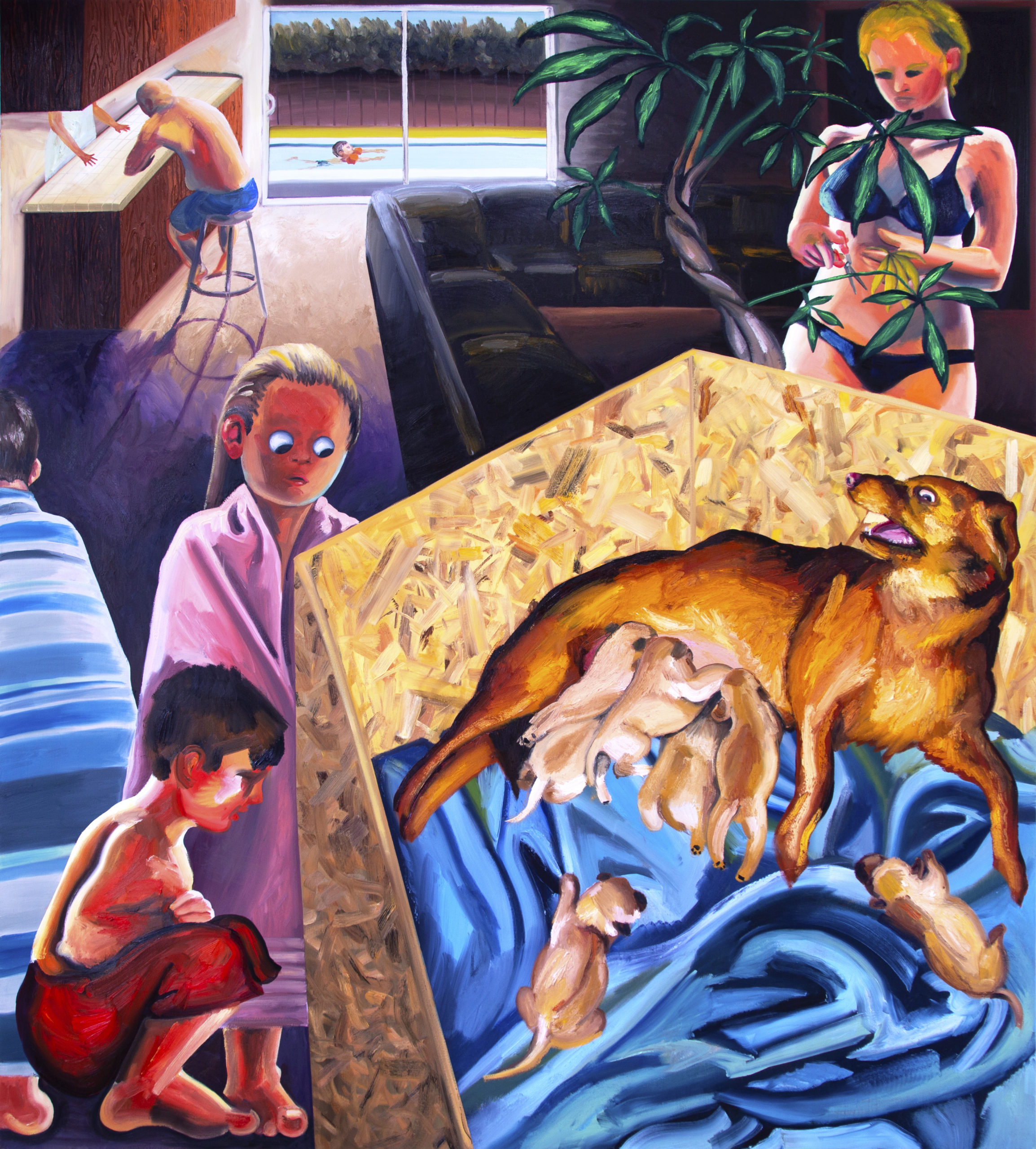 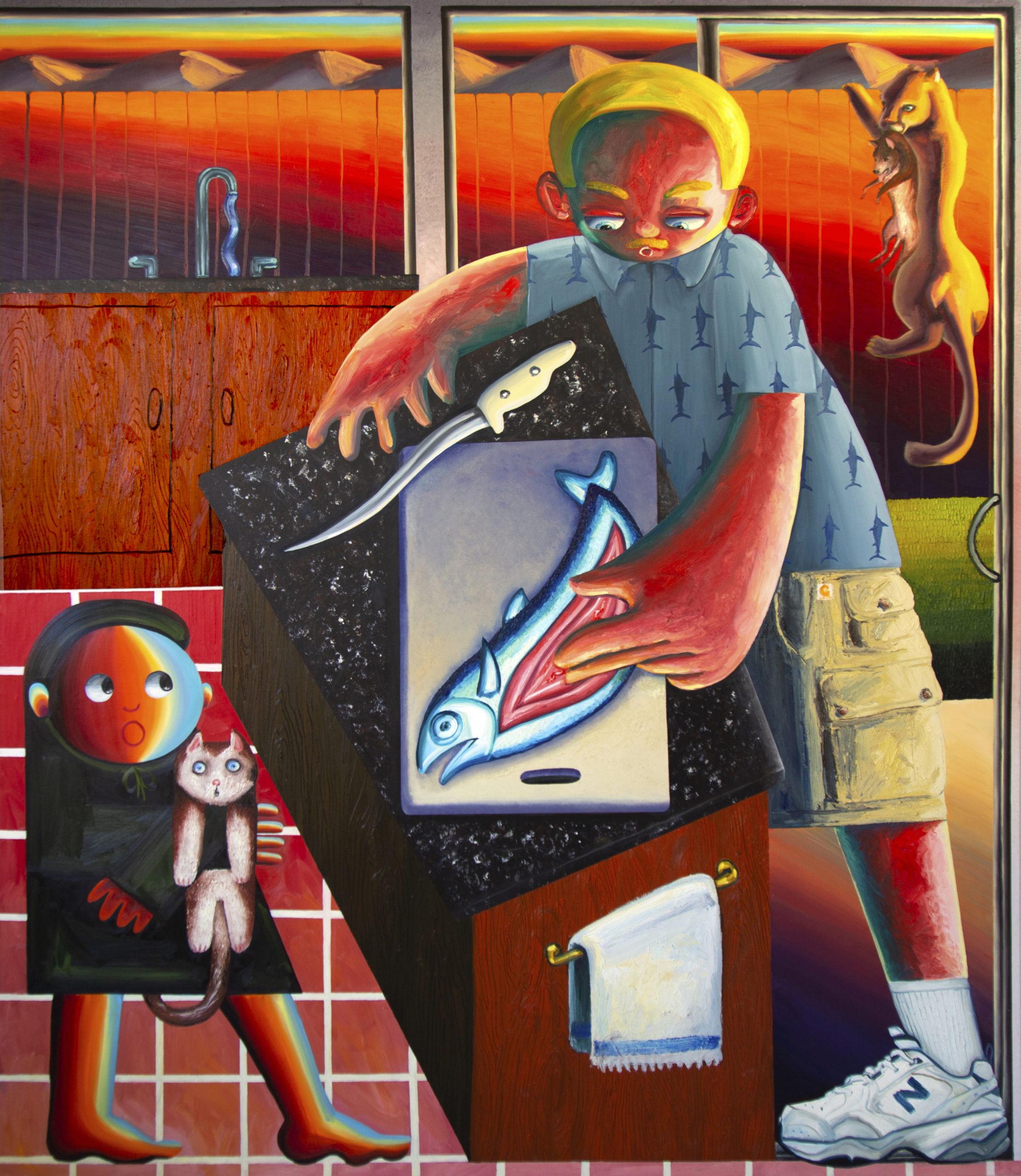 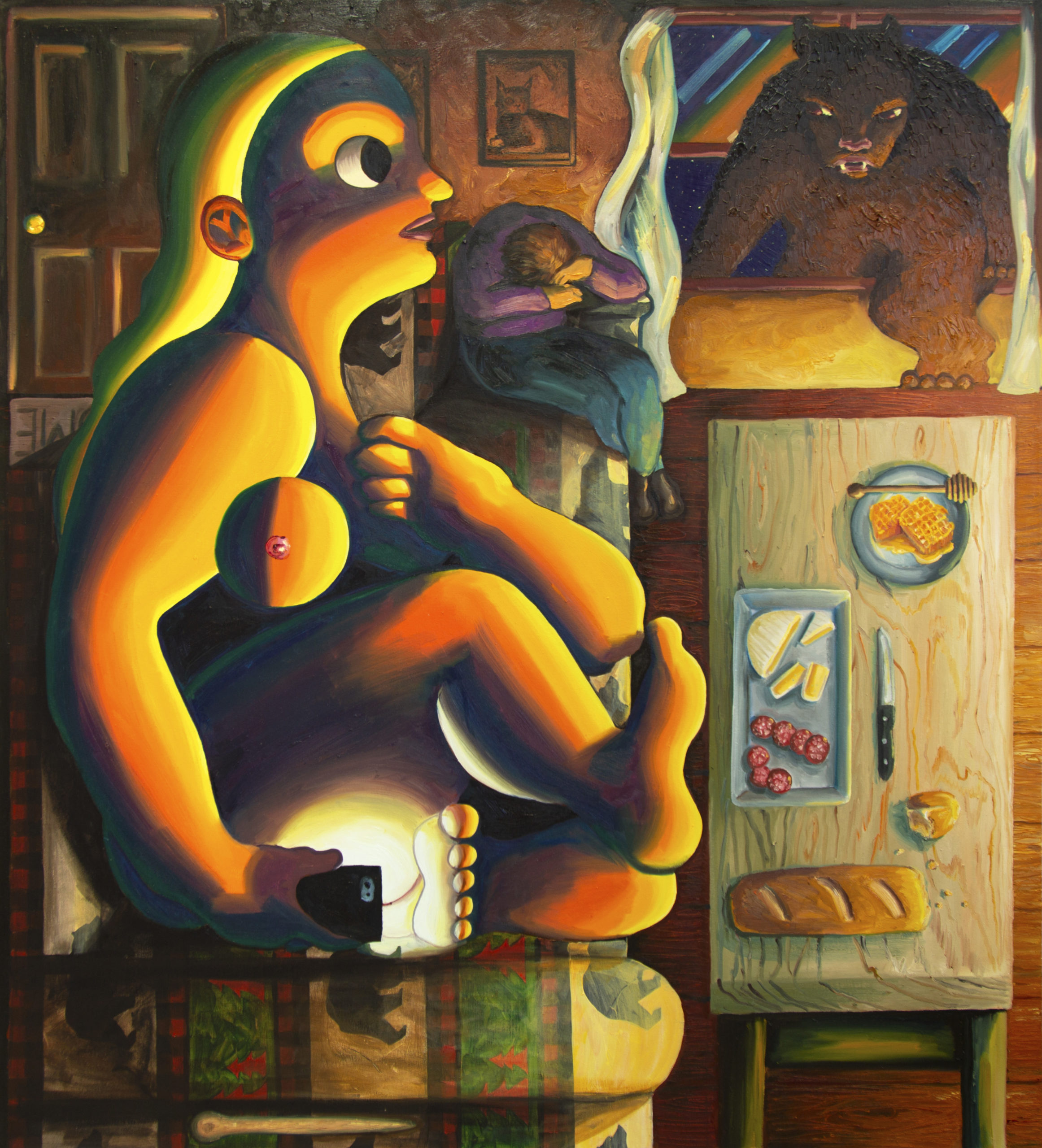 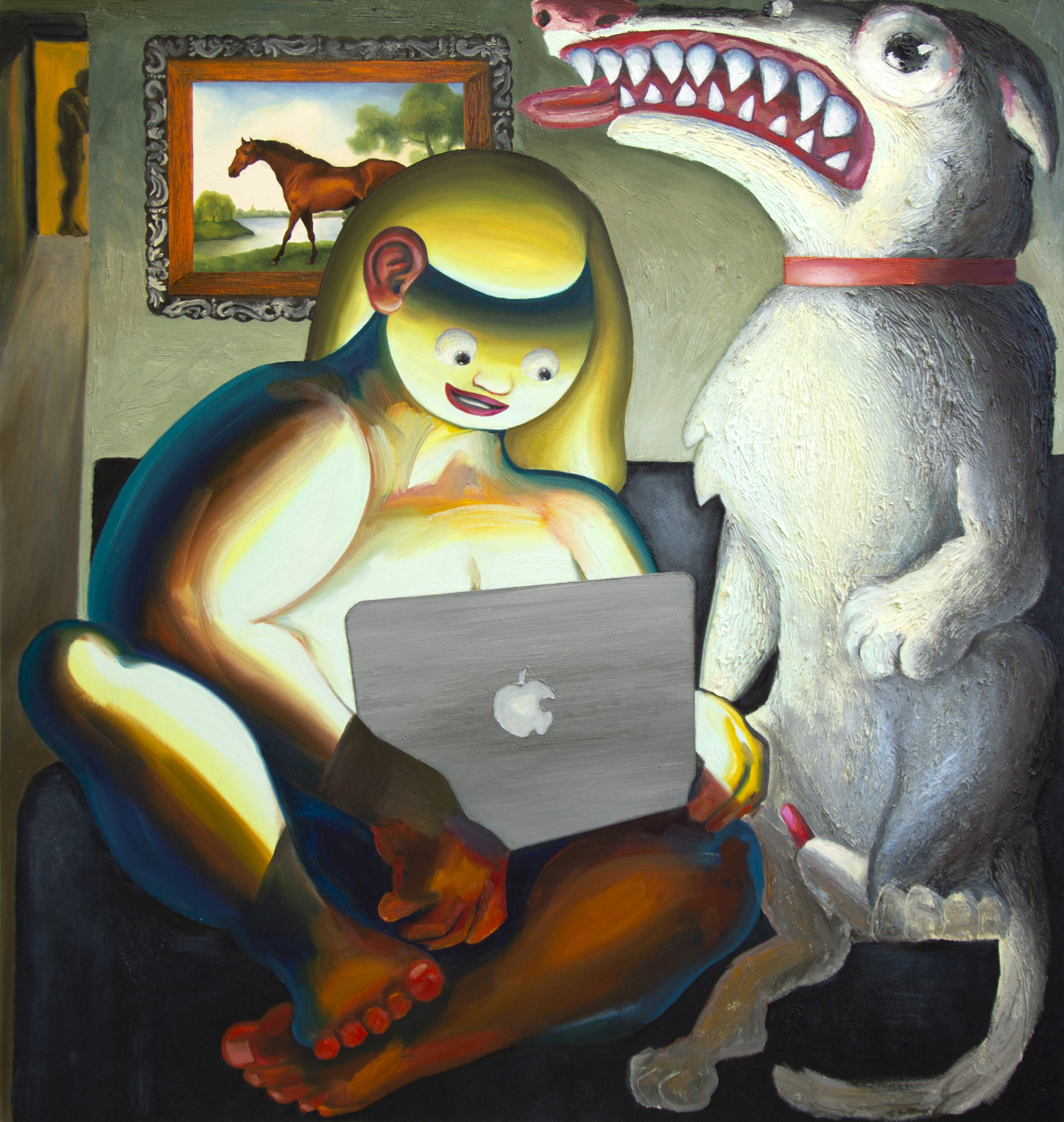 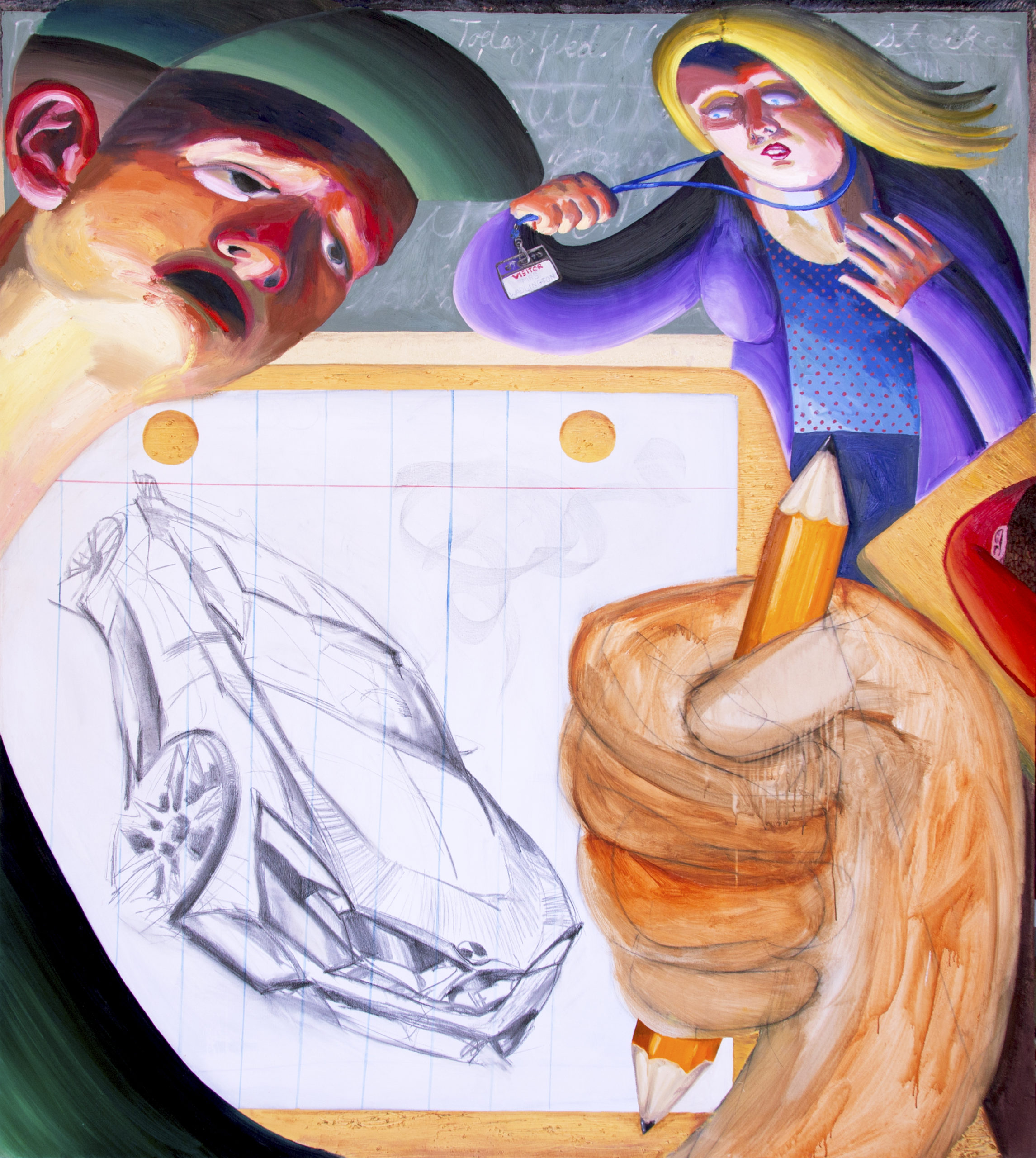 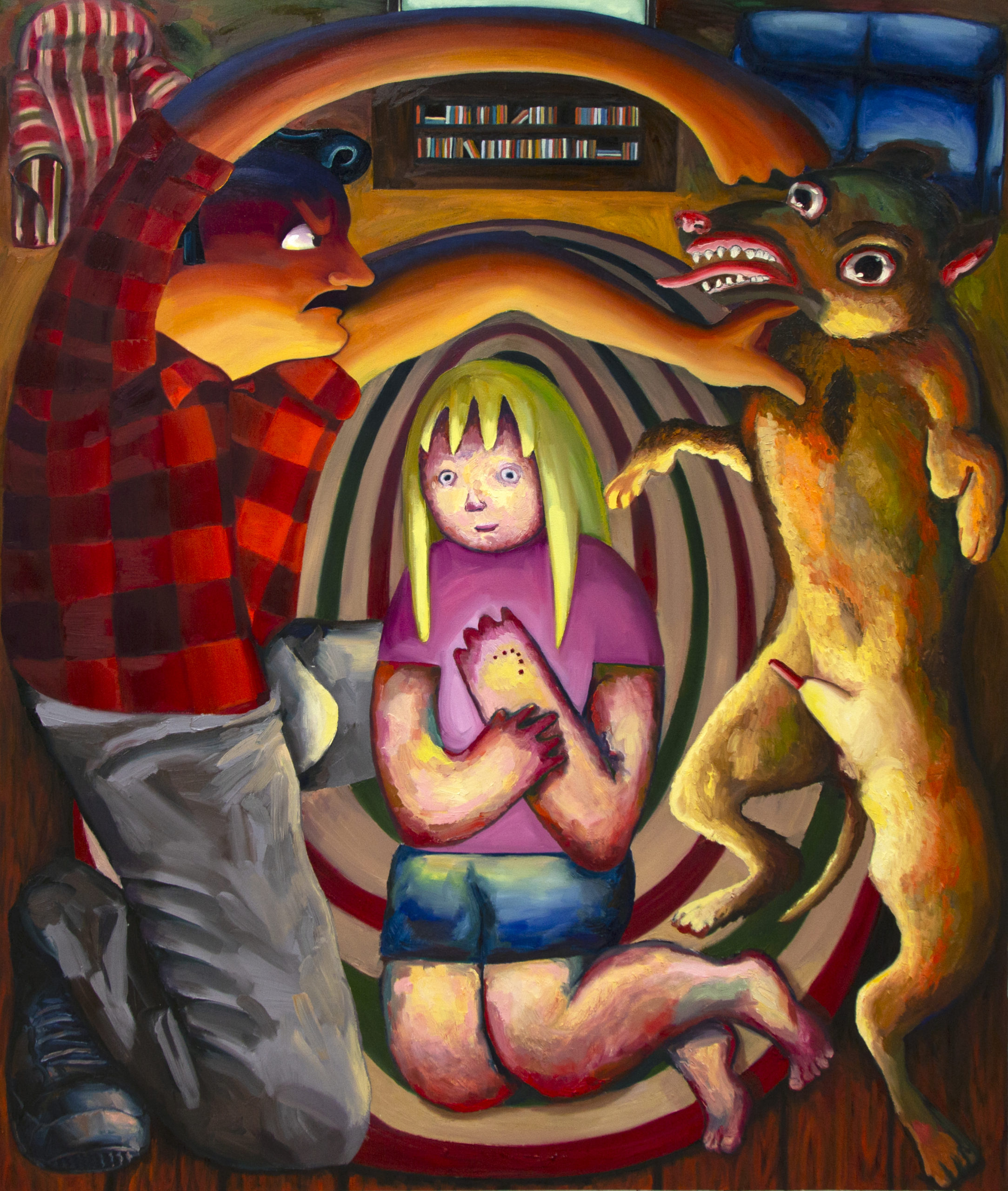 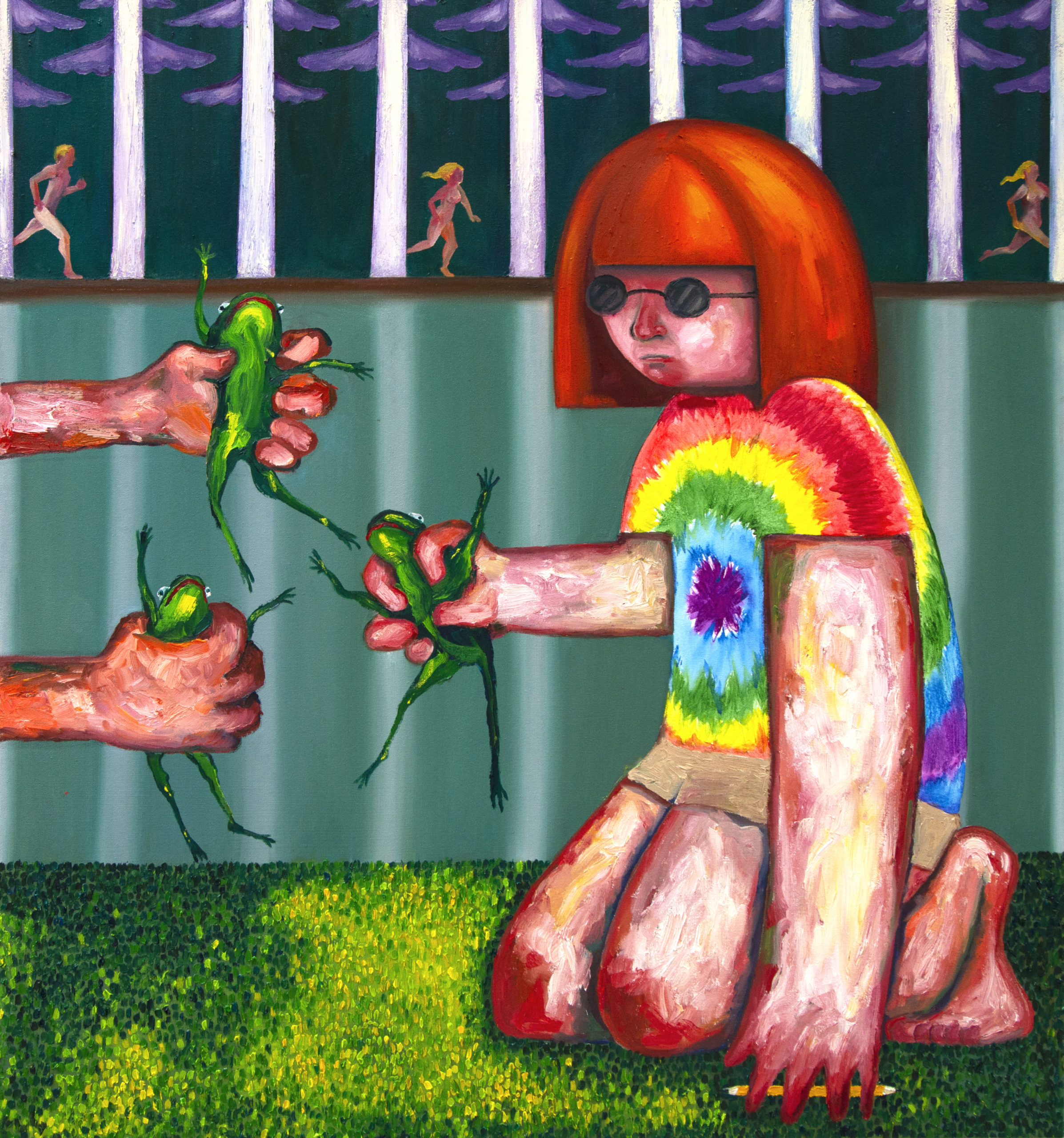 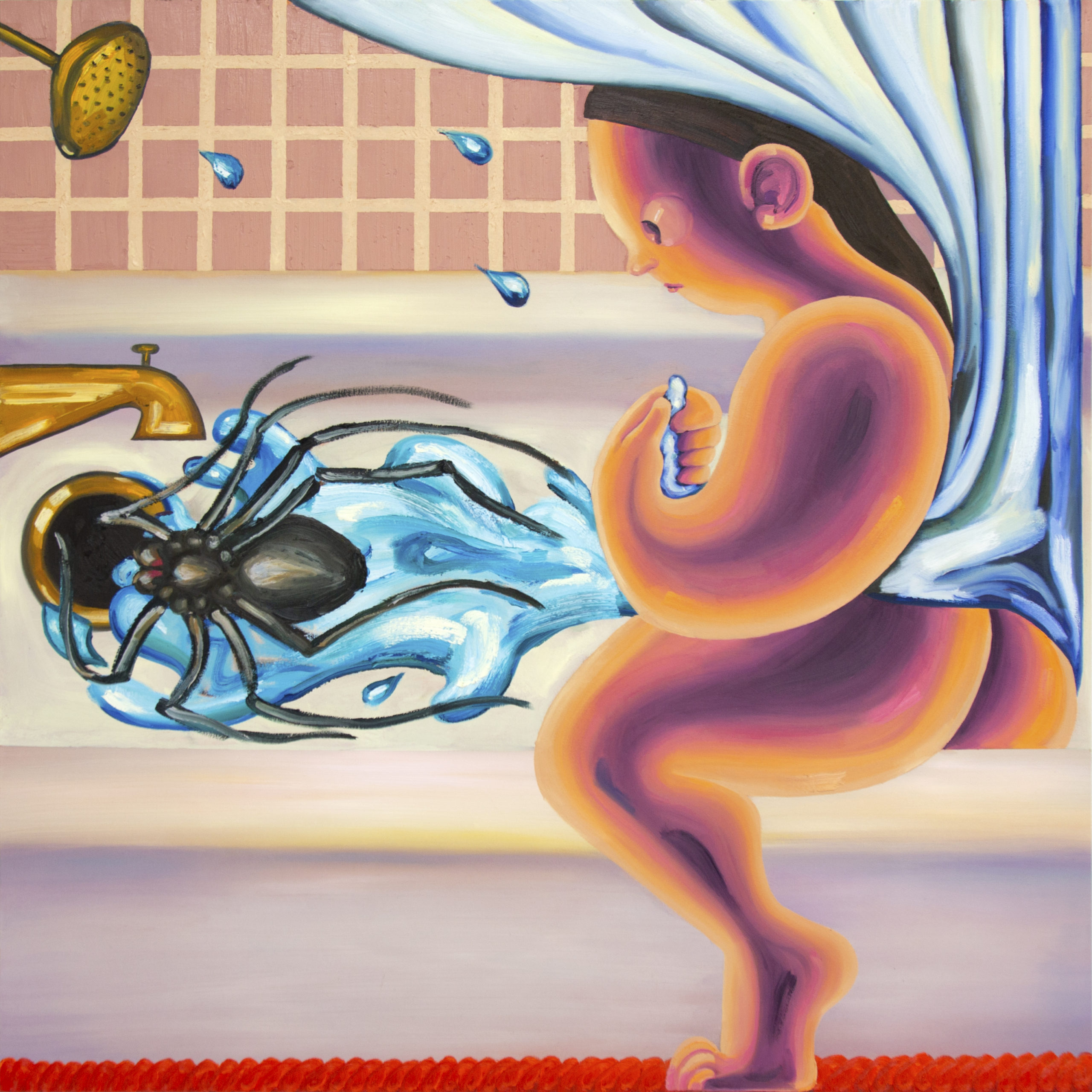