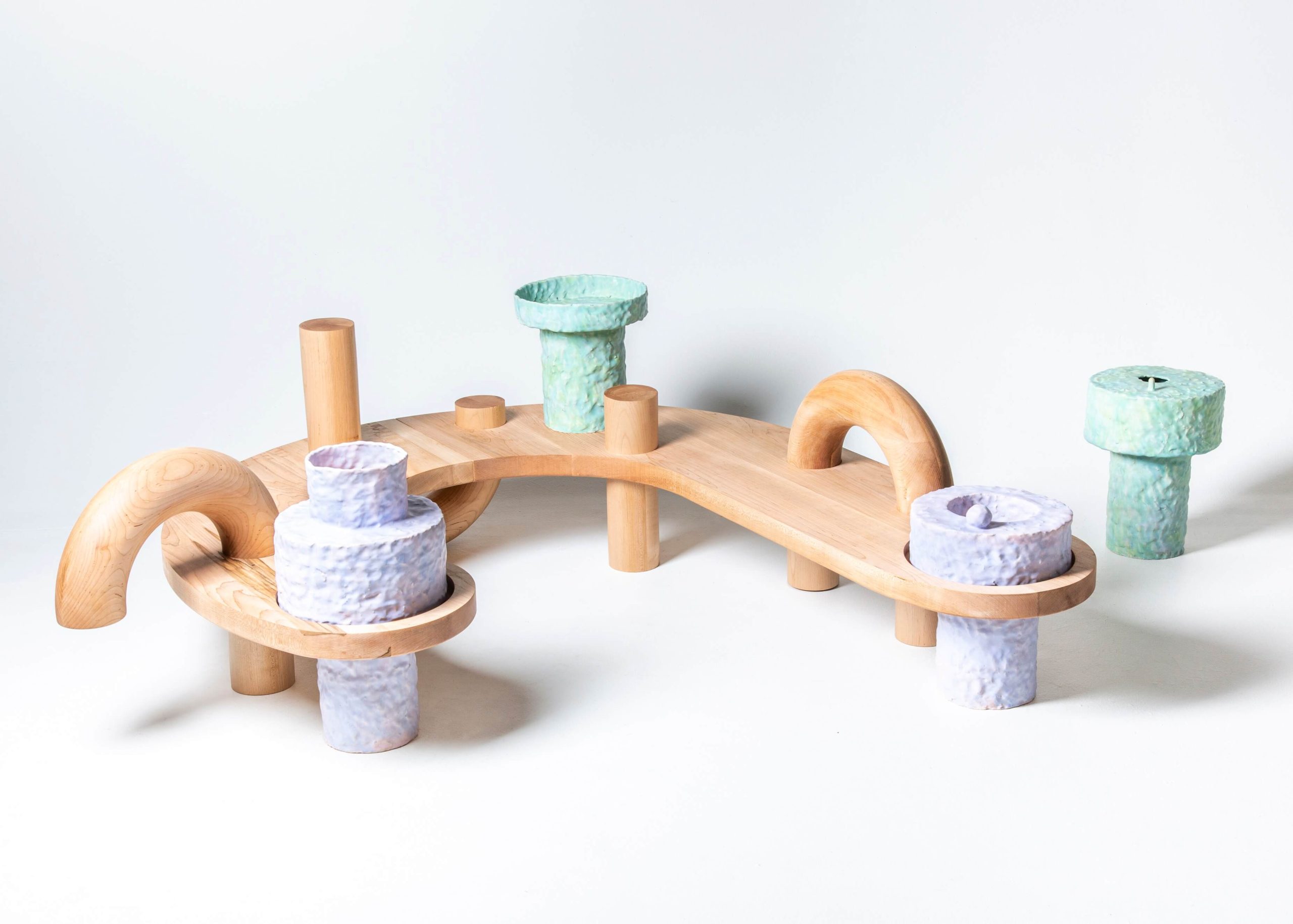 Karen Lee is a designer who focuses on materials and objects.

Her current body of work engages in objects by redefining their roles in the domestic landscape. She leverages traditional vessel making processes to explore new forms of systems. Because vessels serve as loaded social and cultural objects that typically act as an intermediary between people and space, what happens when their intended use becomes obscured or reconfigured? What sorts of new space or cultural realities can be created from these formal investigations?

Untitled (Macaroni for Every Being) attempts to find new systems that oscillate between our known human understanding of them and that of the objects’ experience of inhabiting those structures. Some of these structural design experiments explore the ‘in-betweenness’ of objects in terms of their value as both functional furniture and as objects that can possess their own agency. ​With the end applications ranging from tabletop vessels to full-scale ambiguous forms that could potentially be a low table, all objects utilize a mixture of traditional materials.

Karen has previously worked at Nike as a Materials Designer for both Performance and Sportswear footwear products. She holds a BFA in Textiles Design from the Rhode Island School of Design and an MFA in 3D Design from Cranbrook Academy of Art. 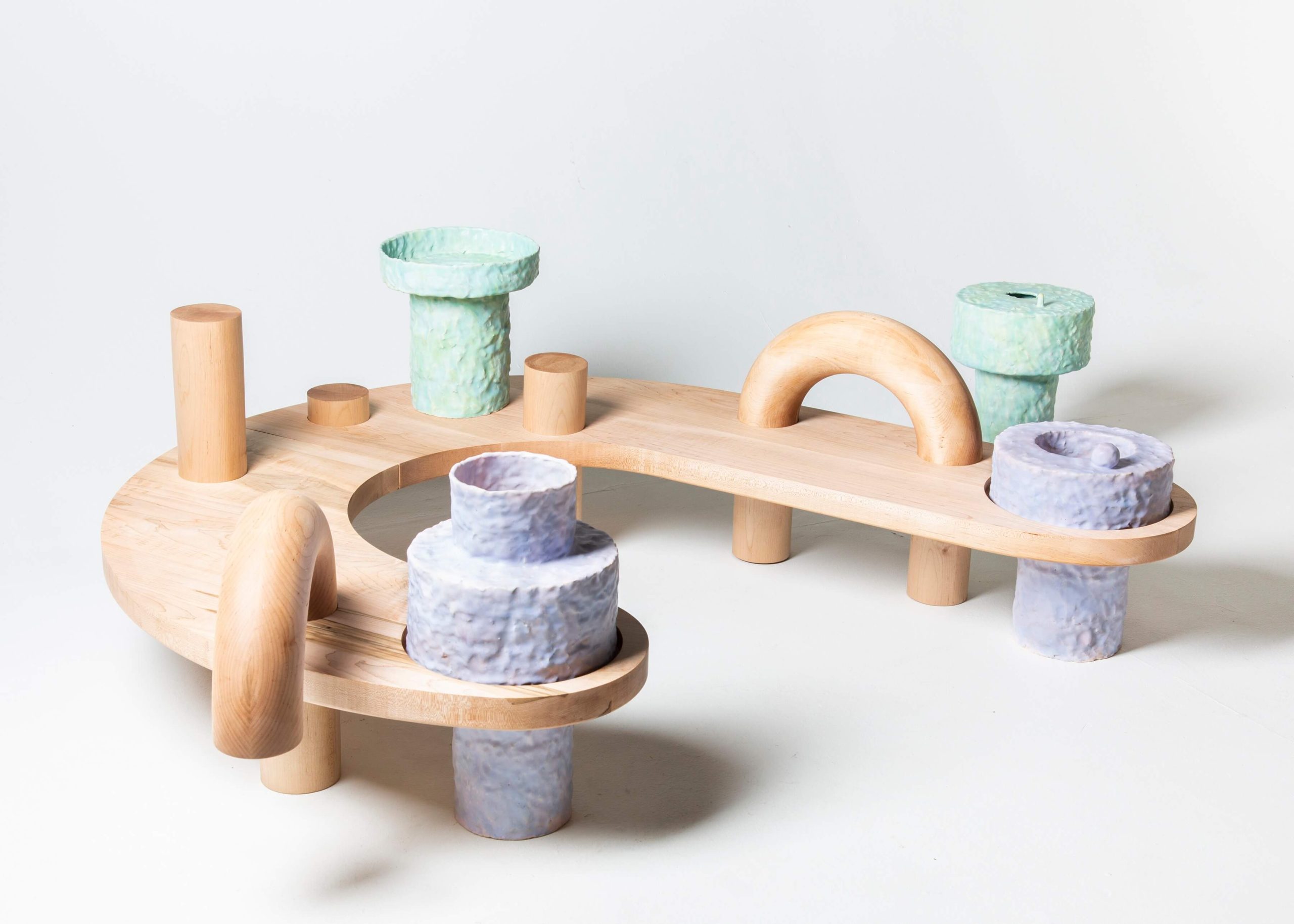 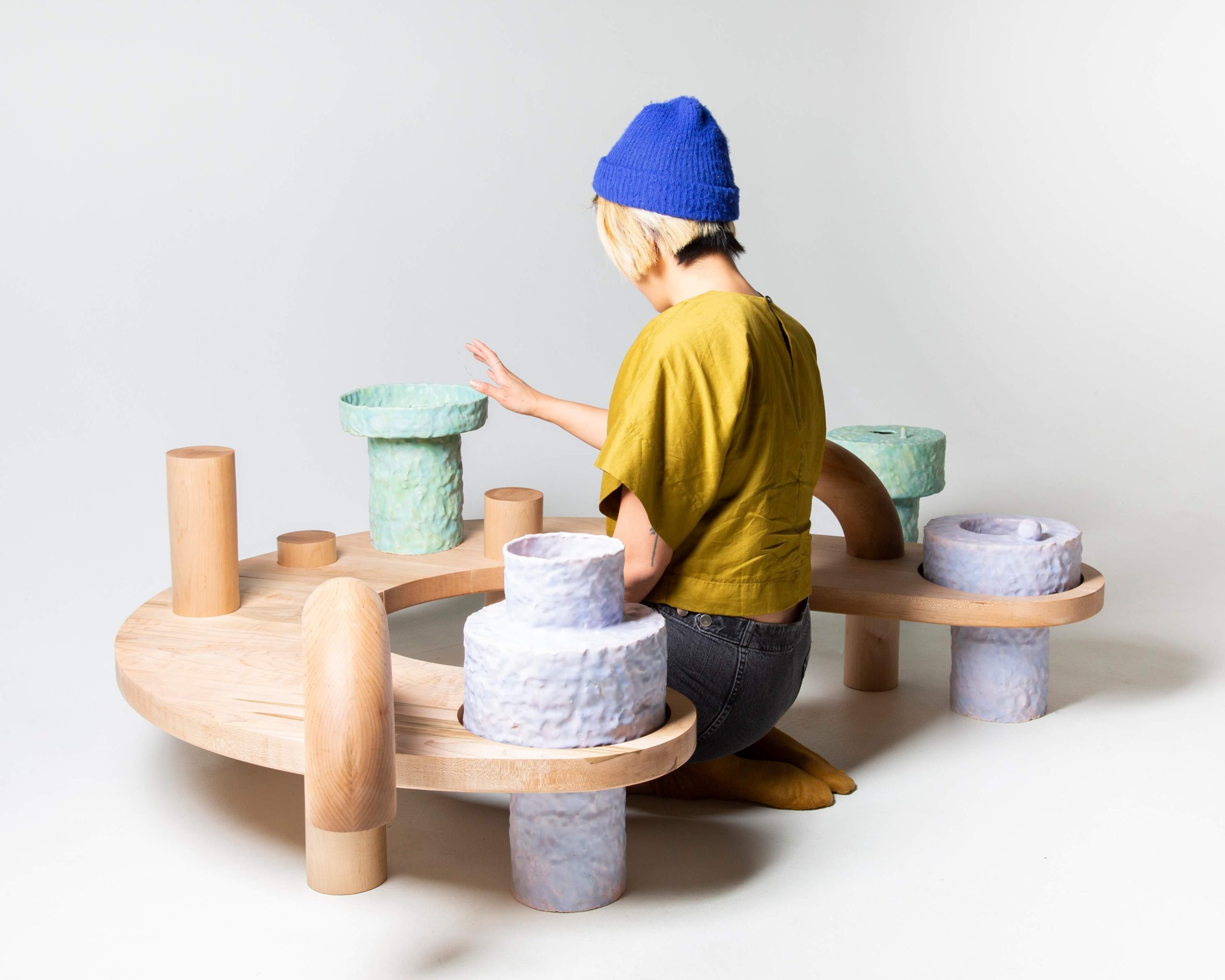 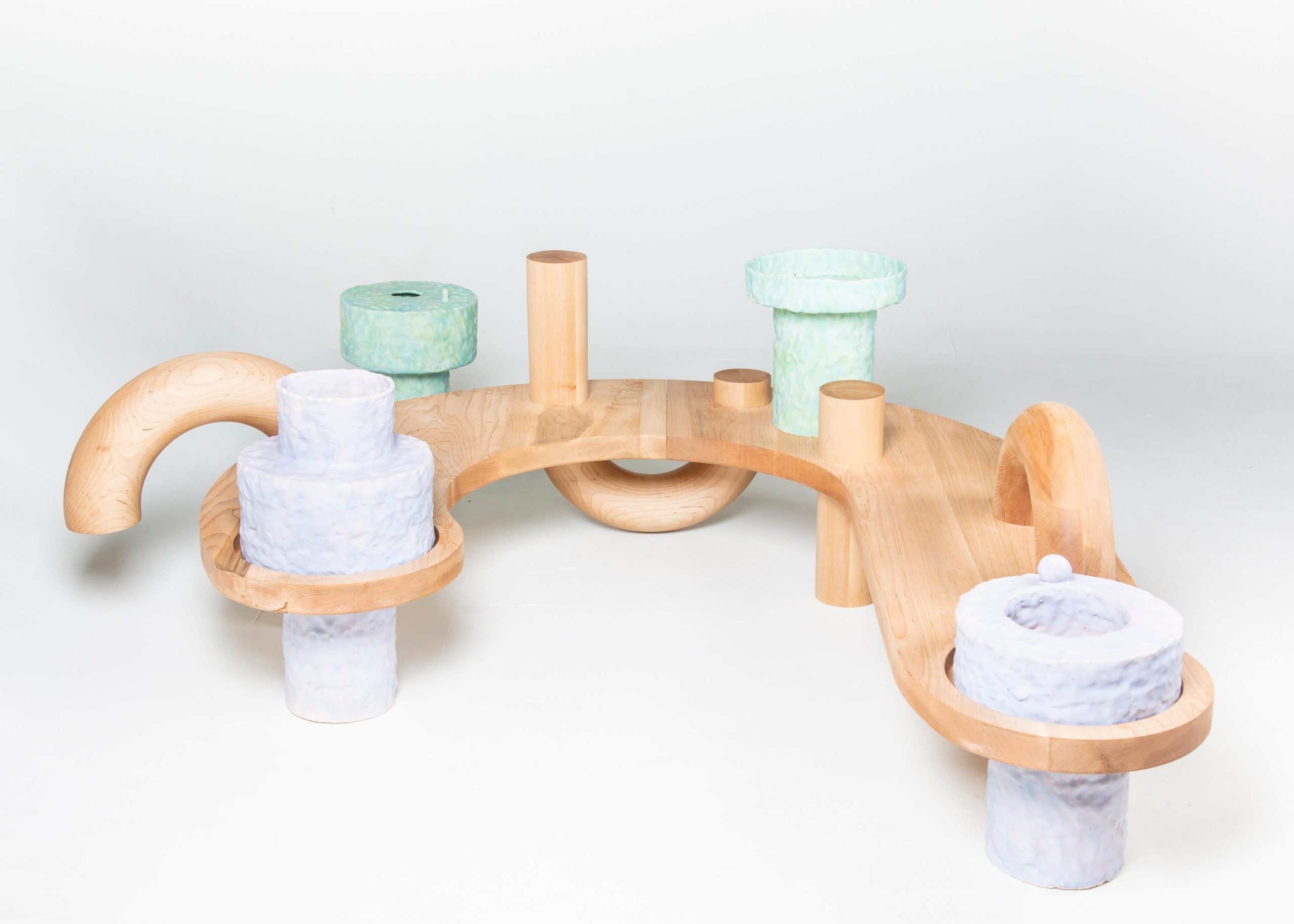 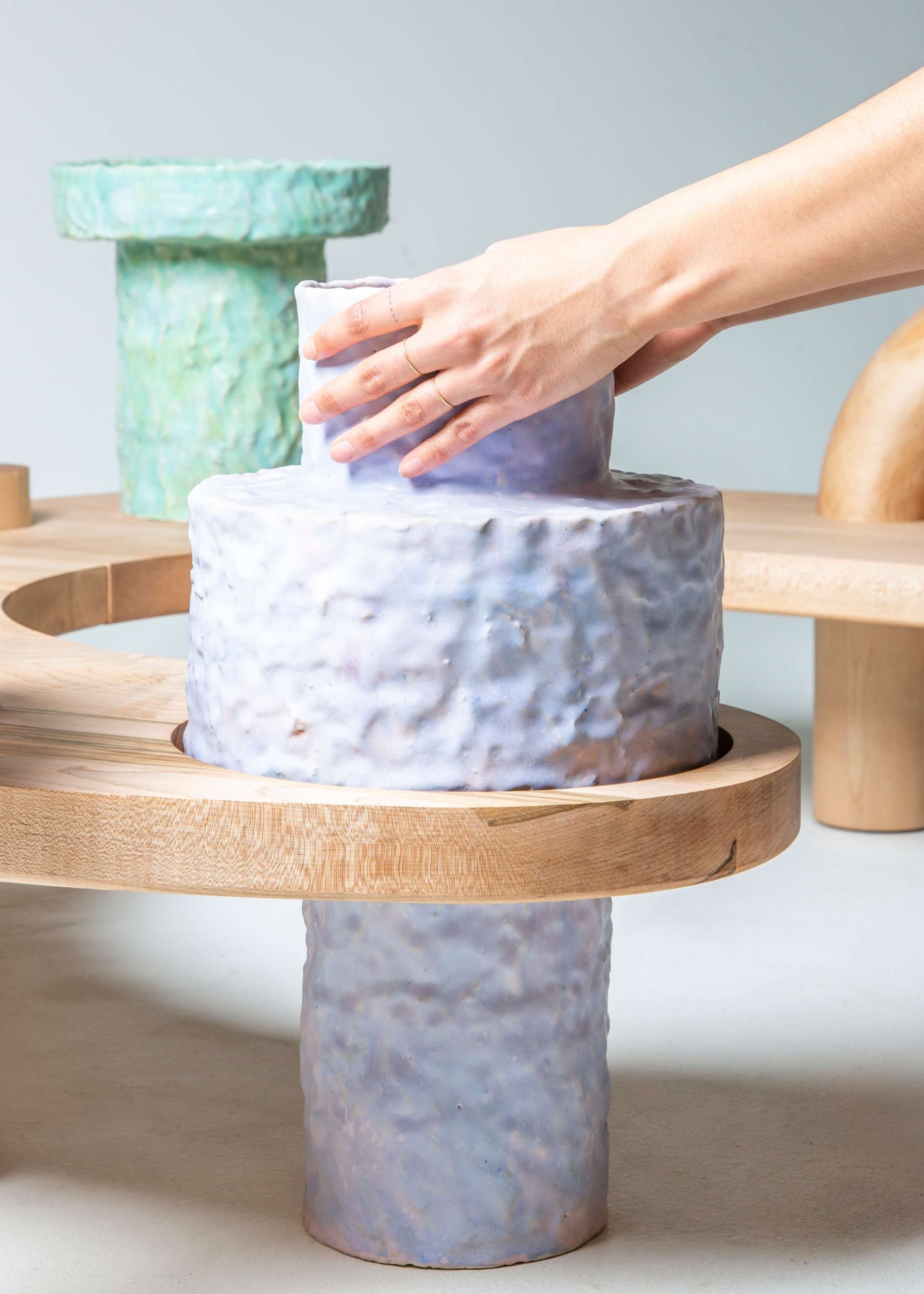 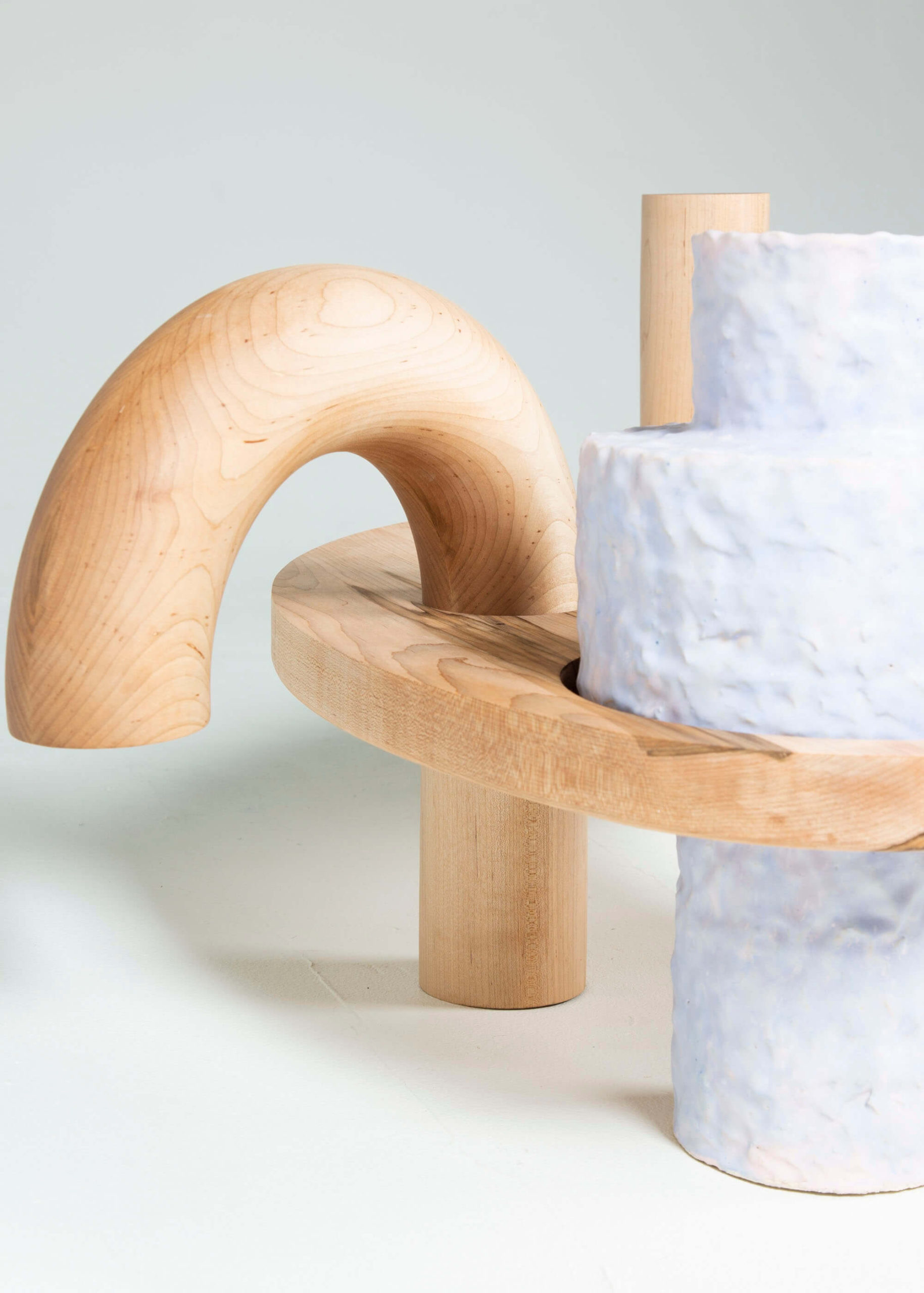 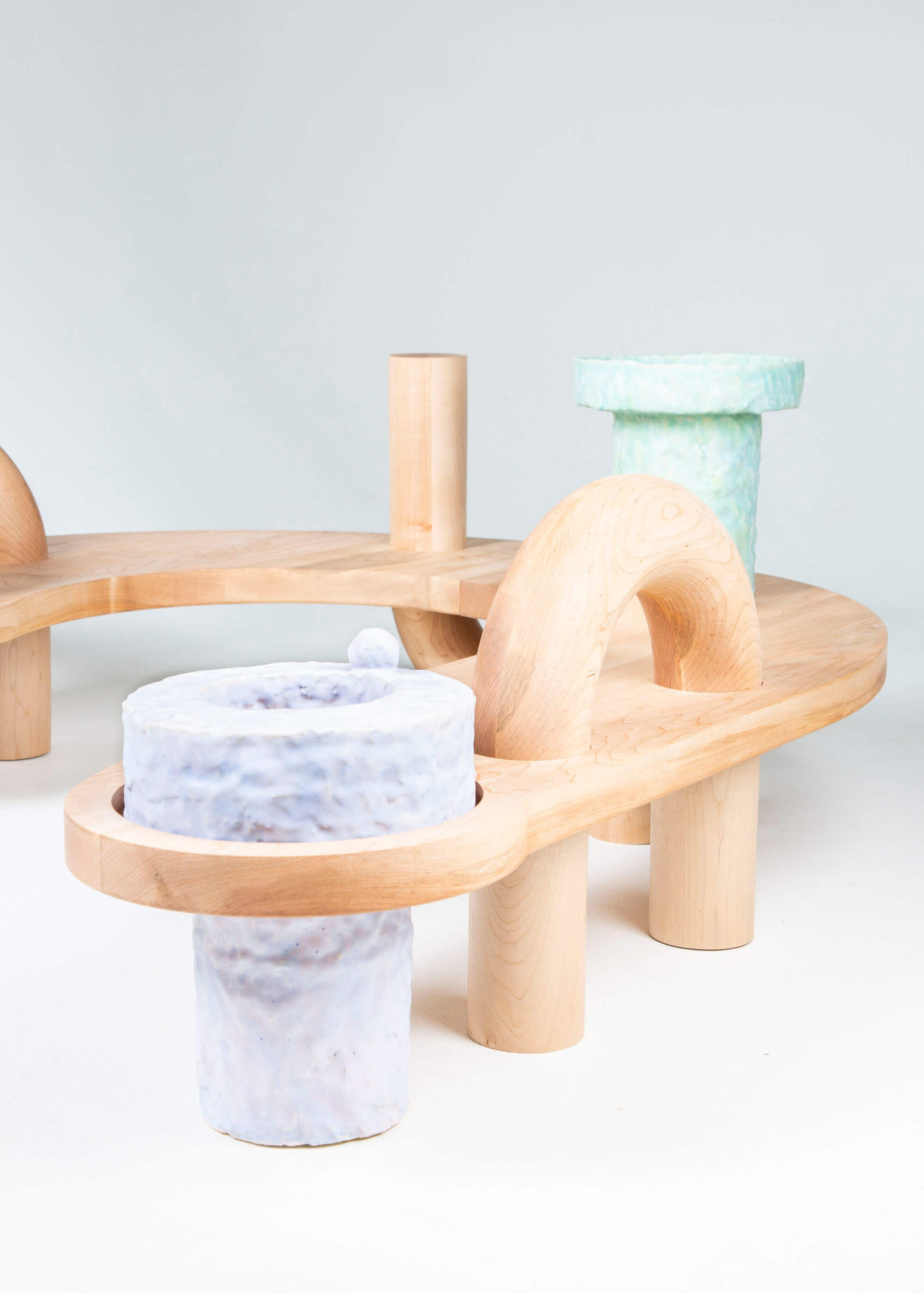 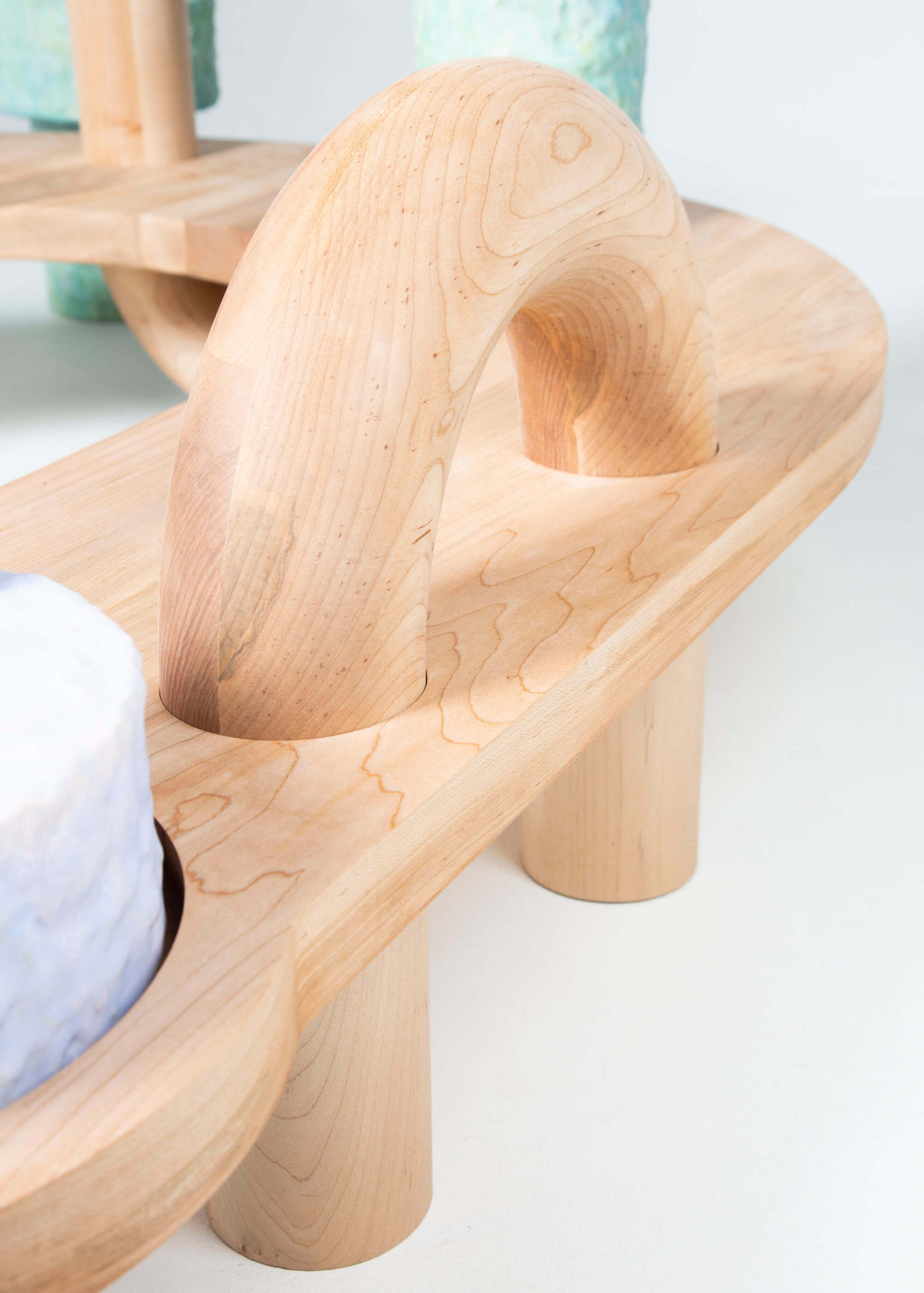 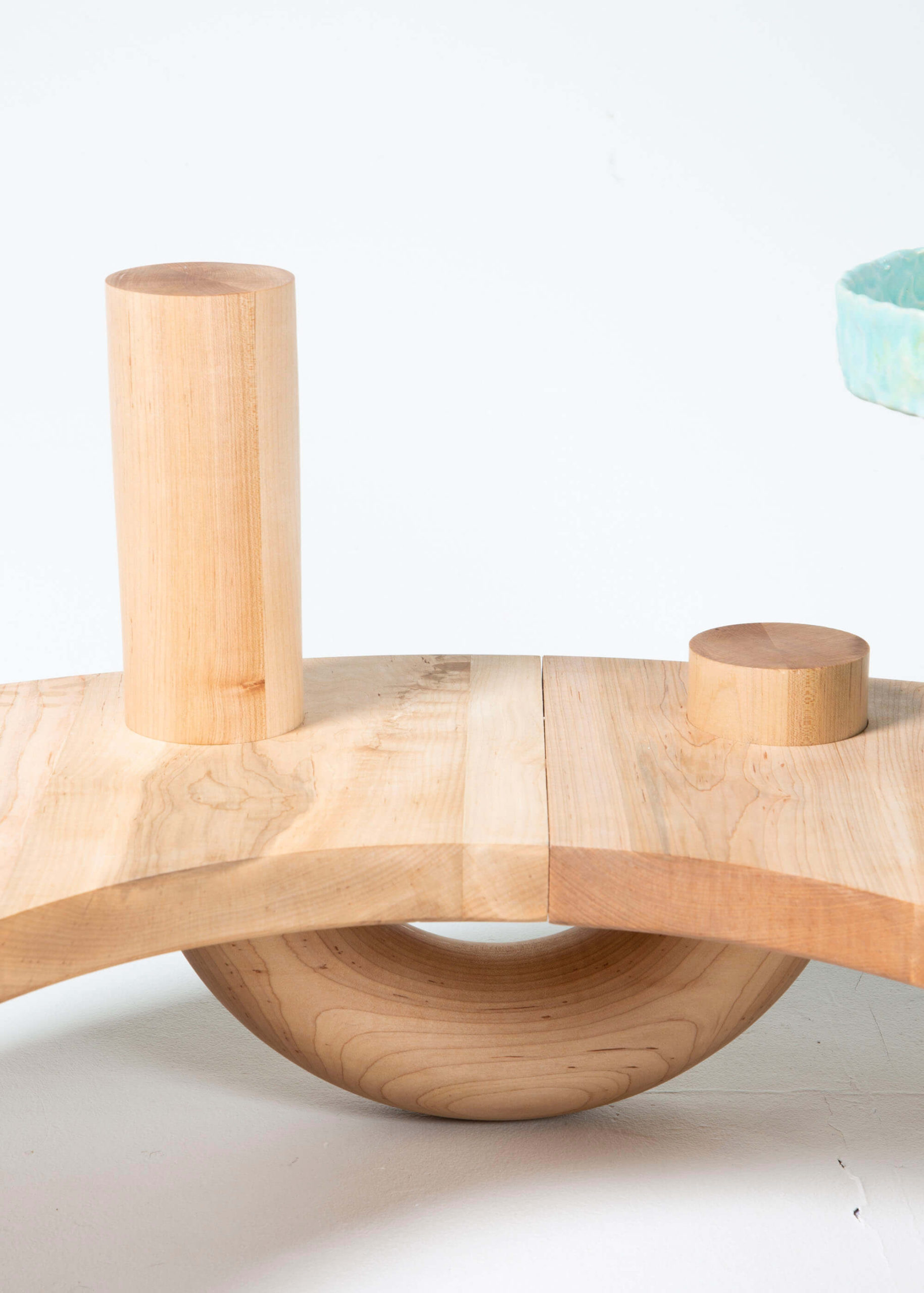